EPS searching for attackers, car in targeted shooting near downtown 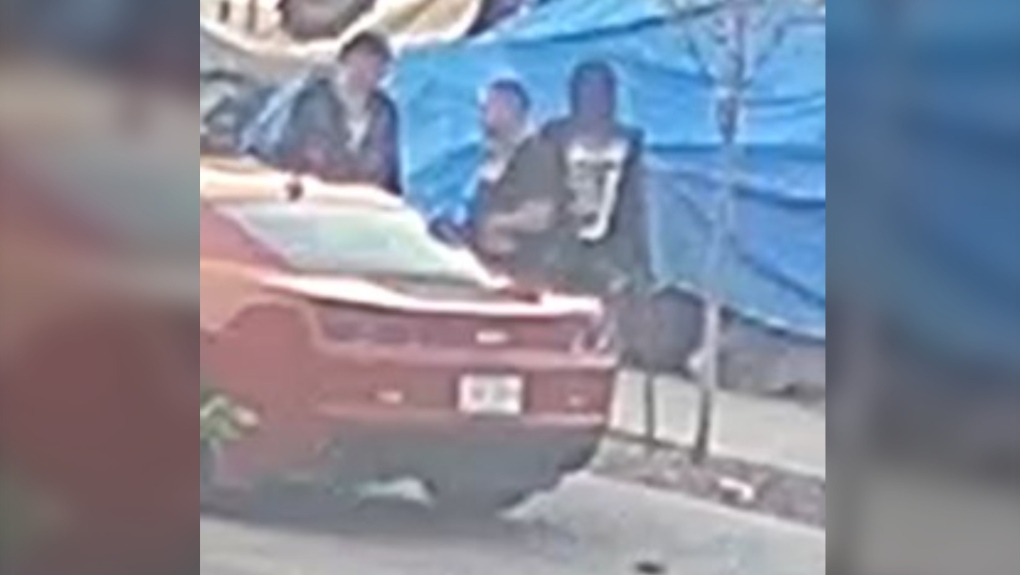 The Edmonton Police Service is searching for four people after a man was shot at a temporary shelter near 99 Street and 106 Avenue Tuesday morning.

Police say they arrived on scene following a weapons complaint just before 7:30 a.m. when it was reported to them that multiple suspects in a red Chevy Camaro drove up to the shelter, came out of the vehicle, and engaged in a verbal dispute with a man staying in a tent nearby.

One person pulled out a firearm and shot the man before all four suspects fled the scene in the Camaro.

Investigators think the shooting was targeted because the suspects and victim know each other.

The suspects are described to be three non-white men and one non-white woman in between their late twenties and early thirties.

The red Chevy Camaro is described as a newer model with black steel wheels and a black stripe on the front quarter panel.

Human remains discovered in Teton County, Wyoming, on Sunday are 'consistent with the description of' missing 22-year-old Gabby Petito, FBI officials said in a news conference.