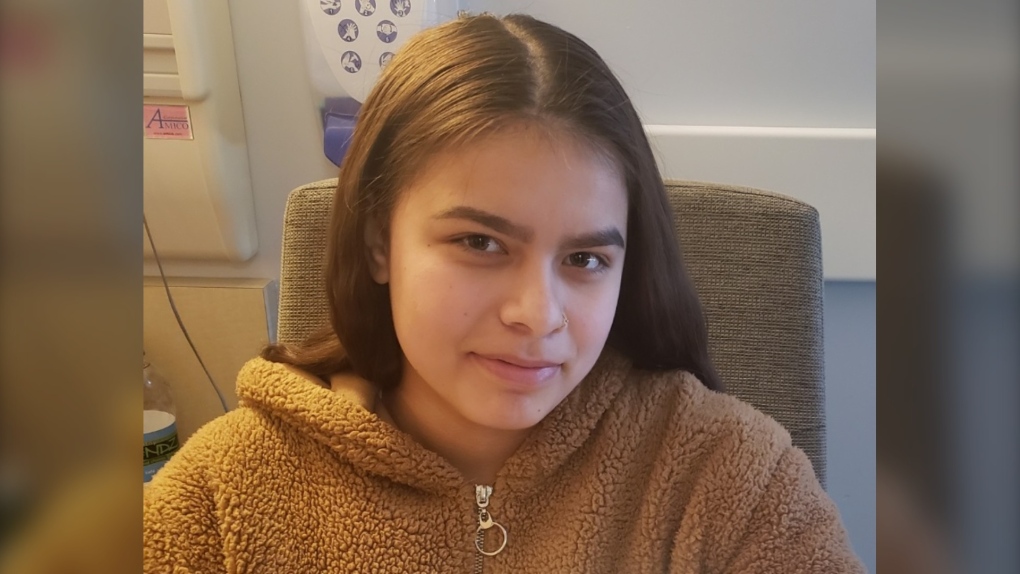 EDMONTON -- The Edmonton Police Service has put out a call for help in locating a 14-year-old Edmonton girl who was last seen on Thursday.

“Lariviere’s disappearance is considered to be out of character and because she is a youth, there are concerns for her well-being. There are no indications to suggest foul play at this time,” an EPS news release stated.

Lariviere is described as an Indigenous female who is 5’5” tall and weighs approximately 145 lbs.

She has medium length ash brown hair and a nose piercing in her right nostril and was last seen wearing blue jeans, a black turtleneck sweater, a blue Champion windbreaker and black Nike shoes.

She was also carrying a black backpack.

Police said Lariviere is familiar with the Edmonton transit system and is known to frequent northwest, west and northeast Edmonton.