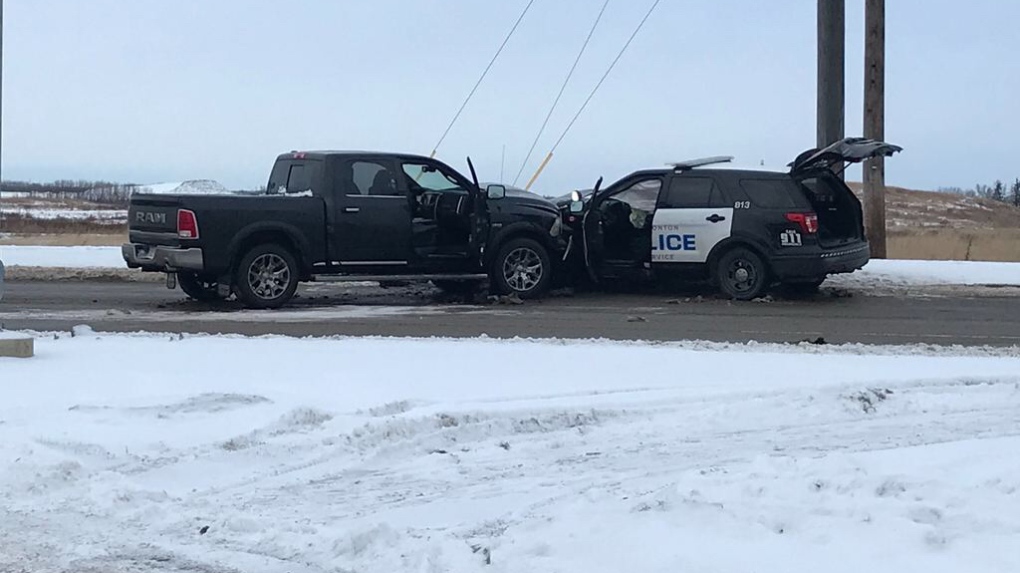 Roads were blocked off in the area of 167 Avenue and 66 Street on Sunday, Dec. 15, 2019, after an Edmonton police vehicle was involved in a collision.

EDMONTON -- Edmonton drivers are being redirected from a northeast area where a marked police vehicle was involved in a crash.

Roads are blocked off in the area of 167 Avenue and 66 Street, and there is heavy police presence in the area.

On scene, CTV News Edmonton could see an Edmonton Police Service SUV and a black truck had collided.

Police said the cop cruiser was on a routine call at 1 p.m. when the truck hit the brakes and slid into the police vehicle.

The driver of the truck was not injured, but two EPS members went to hospital for what were called precautionary reasons.

Police estimated the area would be closed until about 5 p.m.

The Major Collisions Unit is investigating.

This is a developing story. Information will be updated as it becomes available.