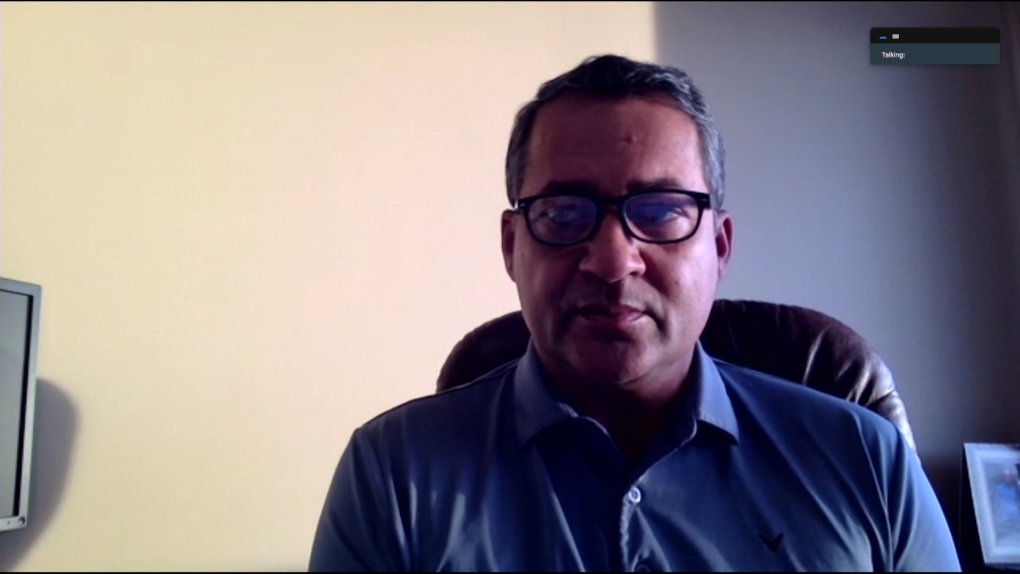 EDMONTON -- A local emergency room physician and former leader of the Alberta Liberal Party is sharing what it was like to have COVID-19 — and how he felt guilt and shame for contracting it.

In a letter published on social media, Dr. Raj Sherman, said he contracted the virus in early November.

After feeling a “scratchy throat,” Sherman said he went for a COVID-19 test and eventually received a positive result.

“...then, the virus hit me hard,” wrote Sherman, who said he also experienced fever, chills, and night sweats for one week. Certain symptoms lasted for 10 days, he said, including coughing, wheezing, shortness of breath, exhaustion, altered sense of smell, and what he described as “painful skin.”

Sherman said he is feeling better after two weeks of isolation and a third week of rest.

Even though he works in an ER, Sherman is not entirely sure where or how he may have contracted COVID-19.

“The question that I kept asking myself was, how did this happen? All I can think of is that somewhere along the way I let my guard down and failed to protect myself either at work or just living my daily life,” he wrote.

Sherman added that he initially only shared the diagnosis with people close to him, some work colleagues and AHS contact tracers out of “shame” and “guilt.”

With COVID-19 numbers surging in Alberta, Sherman is urging people to be vigilant until a vaccine arrives.

“This isn't a time to argue and fight with one another,” Sherman told CTV News Edmonton.

“This virus doesn't care about politics, it's a virus. It looks for hosts and spreads from person to person and it's damn good at spreading.”

You can read Dr. Sherman’s entire letter by clicking here.