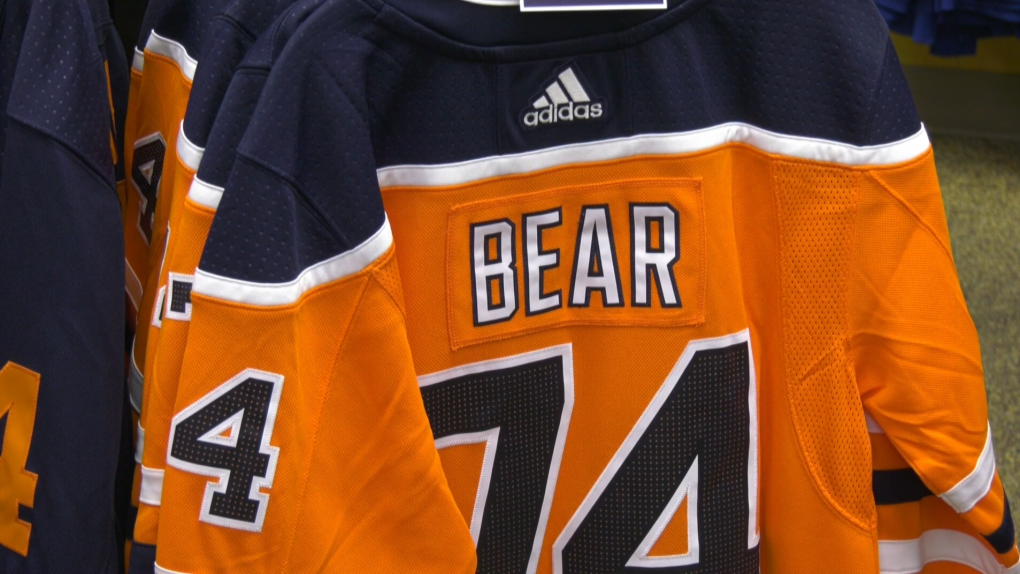 United Cycle is discounting the jerseys after popular Oilers defenceman Ethan Bear was traded to the Carolina Hurricanes during Wednesday’s start of NHL free agency.

The Indigenous defenceman from Ochapowace First Nation in Saskatchewan joined the Edmonton Oilers in 2018 and became a fan favourite during his four years with the team.

For every jersey purchased, United Cycle is donating $10 towards ‘Spirit North,’ a Canmore-based charitable organization empowering Indigenous youth with sport and recreation.

Kelly Hodgson, marketing and operations manager at United Cycle, says it couldn’t pass up the opportunity to support Spirit North.

“They empower Indigenous youth to be in sport and of course we are all about sport and youth and everything that goes along with that,” said Hodgson. “So we just said let’s not wait, let’s make sure we capitalize on their opportunity right now.”

Clothing store ‘Seven80’ in Londonderry mall is donating all of its proceeds from Ethan Bear hats and t-shirts to local charities.

With files from Dave Mitchell.

OPINION | Don Martin: Sooner or later in this status quo mandate, Justin Trudeau will take his walk in the snow

It might take a year or longer before it becomes clear to him, but Prime Minister Justin Trudeau will eventually realize he’s finished, Don Martin writes in his exclusive column for CTVNews.ca.