Evander Kane could be signed and in the Oilers lineup by this weekend: TSN 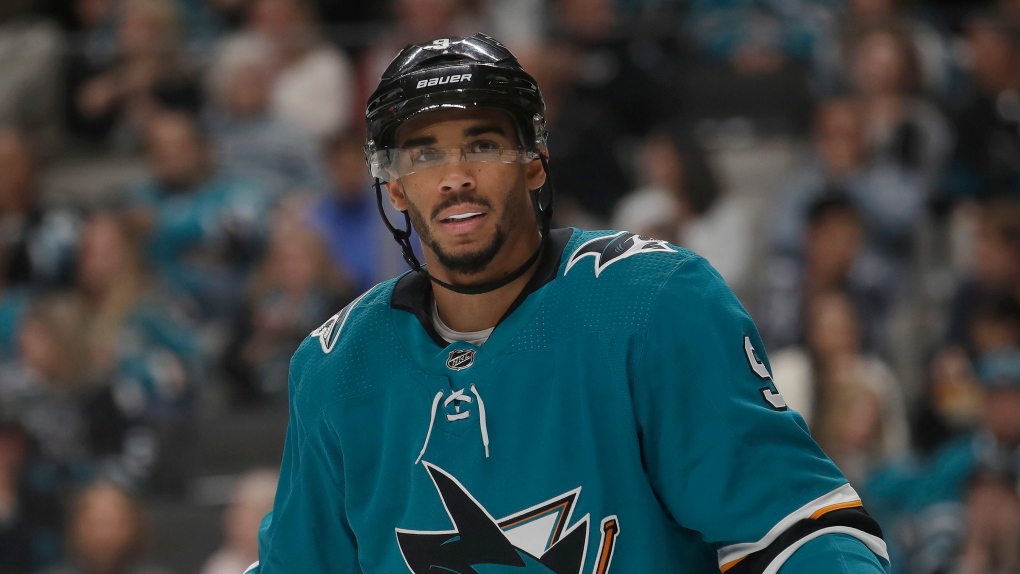 Controversial NHL forward Evander Kane has had recent talks with the leaders of the Edmonton Oilers and could suit up for the team as soon as this weekend, TSN's Ryan Rishaug reports.

The league is currently investigating allegations that the former San Jose Shark broke COVID-19 rules for a second time, but sources tell TSN that the matter could be wrapped up as early as Thursday.

"Ken and I have talked to him and that's about where we're going to go until something happens. There's not much more to say," Tippet told reporters after practice

Tippett was asked if Ryan Nugent-Hopkins has recently been practising as a third-line centre, instead of his usual left-wing spot, because Kane may soon fill that role.

"When we talked to him, we think about different situations. But we gotta get to know him a little bit first, get to know his game, see where he's at. We'll see where it all falls out," he said.

Rishaug reported that Kane has been practising in Vancouver in anticipation of a comeback, and that "contract details needs to be buttoned down, but strong sense Edmonton will land him."

The NHL is investigating allegations that Kane crossed the Canada-U.S. border in December without proper clearance, shortly after he tested positive for the virus.

Kane was released earlier this month after the Sharks said he violated COVID-19 protocols while he was with the club's American Hockey League affiliate.

He was also suspended by the league for 21 games earlier in the season for submitting a fake COVID-19 vaccination card.

Kane had been accused of gambling on hockey and purposely losing games he bet on, as well as sexual and physical abuse from his estranged wife, although an NHL investigation cleared him after finding no evidence in both cases.

Holland has previously said that he believes in "second chances" and that he would like to add the scoring forward to his team.