Everyone entitled to 'heal in their own way': Métis national council president on split reaction to papal apology

Everyone entitled to 'heal in their own way': Métis national council president on split reaction to papal apology 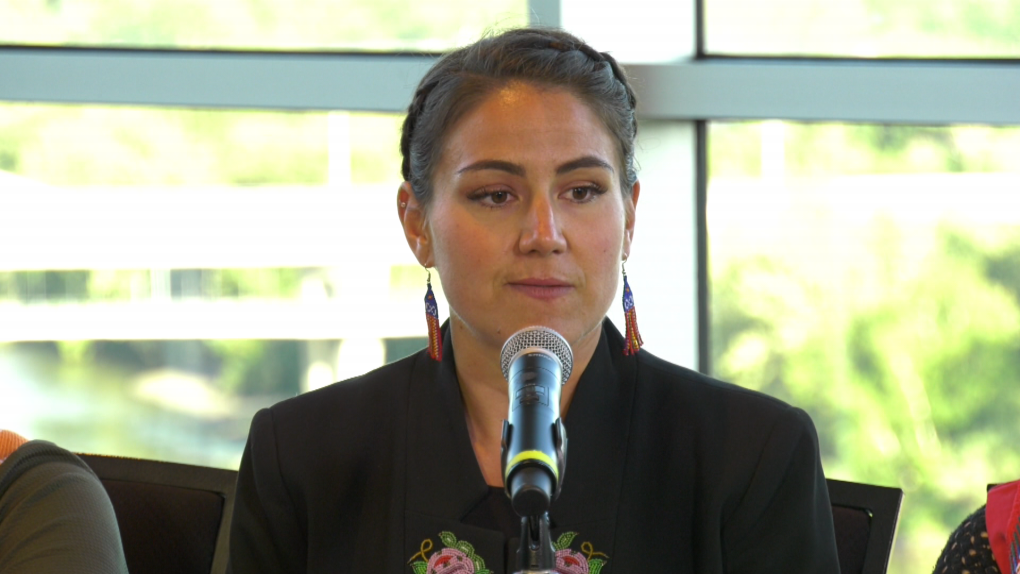 Cassidy Caron, president of the Métis National Council, speaks to media in Edmonton on July 25, 2022, just hours after the head of the Catholic church, Pope Francis, apologized to Indigenous people for the church's role in Canada's residential school system.

Métis reaction to Pope Francis' apology to Indigenous People in Canada on Monday was mixed, with some accepting the pontiff's words as genuine, others wanting more, and many demanding their trauma be recognized more fully.

"Reconciliation – it didn't begin and it didn't happen today. Though we did, I feel, make another step forward along this journey for reconciliation with the Pope's apology here on our territories, on our homelands," Cassidy Caron, president of the Métis National Council told reporters Monday evening, speaking at the Edmonton Convention Centre.

She and representatives from provincial Métis councils gathered in Alberta's capital city just hours after the head of the Catholic church said he was sorry for the organization's role in Canada's residential school system, which he called "projects of cultural destruction and forced assimilation."

Francis spoke the words in Spanish at the site of the former Ermineskin Residential School in Maskwacis Monday morning before meeting parishioners at an Indigenous church in downtown Edmonton.

Room was made for as many as 6,000 residential school survivors, elders and Indigneous People to attend the apology.

Commentary from the Métis representatives later in the day mirrored the wide-ranging reaction seen that morning in Maskwacis, from grateful to critical.

"Today, I felt it was a genuine sincere apology. I felt it," Hank Rowlinson, chair of the Métis Nation of Ontario, told media. "It was an honour, a real honour, to be there."

However, he described the atmosphere at the former residential school site as cautious, which Caron and others echoed.

During his apology, Pope Francis said a subsequent step of reconciliation would be conducting "a serious investigation into the facts of what took place in the past."

"We hope to hear more about what that actually means," Caron said, referencing the work done by the Truth and Reconciliation Commission of Canada (TRC). "We know what happened. We know some of those truths. And so I'm hoping that that investigation piece means there will be investigations into the harms and the abuses that were actually done and we can start moving toward that justice piece."

Several in the group travelled to the Vatican in April and heard Francis apologize to Indigenous People the first time. As part of the process, the Métis delegates left with the pontiff a book of stories from survivors.

"For me, it's clear that Pope Francis listened," Caron said.

"Today, and after I met him, I felt so free. And I feel, like, I'm just – I'm safe," added survivor and elder Angie Crerar. 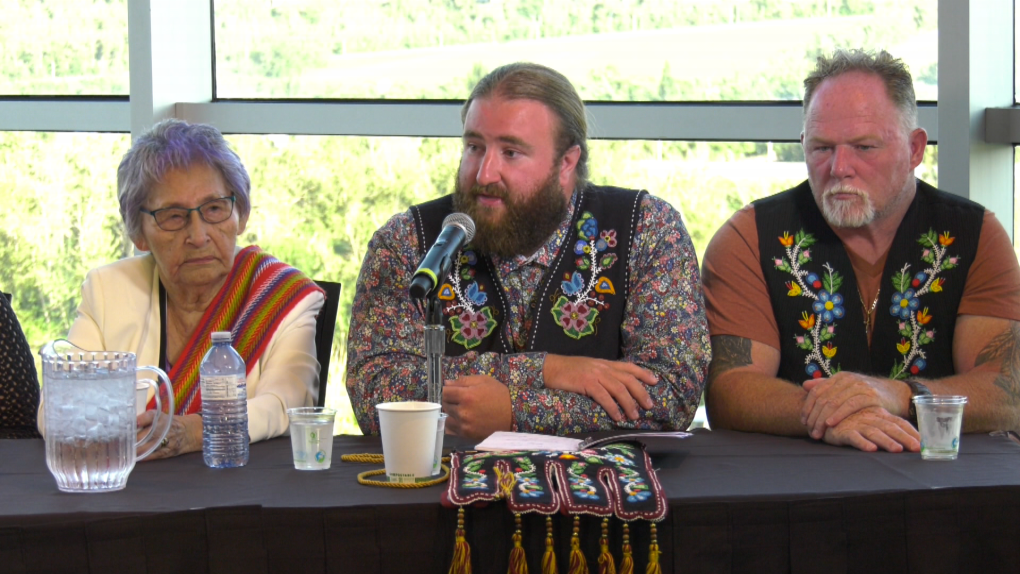 From left to right, Angie Crerar, a residential school survivor and elder from Grande Prairie, Mitch Case, Métis Nation of Ontario councillor, and Hank Rowlinson, chair of the Métis Nation of Ontario, speak to media in Edmonton on July 25, 2022, just hours after the head of the Catholic church, Pope Francis, apologized to Indigenous people for the church's role in Canada's residential school system.

But as the president of Métis Nation British Columbia, Lissa Smith, said, "Begging for forgiveness is not enough. It's only the first step."

In addition to an investigation, the representatives on Monday called on the Catholic church, Canadian government and provinces to officially acknowledge how the Métis nation was affected by the residential school system, which the TRC found had been "overlooked." The commission reported that even during times when federal policy banned Métis children – sometimes called "halfbreeds" – from residential schools, church leaders still recruited them or families were left with no other choice if they wanted their children to receive an education.

For the Pope's visit, Métis Nation Saskatchewan brought 180 survivors from the Île-à-la-Crosse Boarding School, a sometimes-federally funded institution that was run by the Catholic church. Because it was not always funded by the Canadian government, the school is not officially recognized as part of the residential school system.

"The Metis story, not just in Île-à-la-Crosse but in Saskatchewan, Alberta and Manitoba and parts of B.C. and Ontario, that Metis story has not been heard. And as a result, it's difficult, I think, for some of our survivors to really dig deep into the apology by the Pope," Michelle LeClair, vice president of Métis Nation Saskatchewan, said.

Robert Merasty remembers being dropped off at the building when he was five years old.

"We were met by a black robe. And I will never forget that. When he took my hand, I lost everything," the man said, fighting to keep his composure. 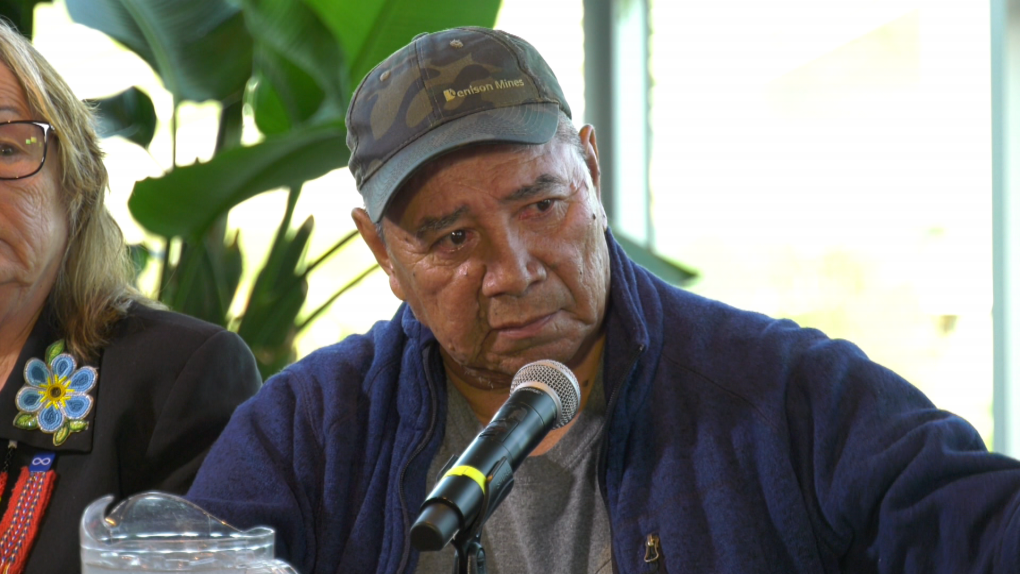 Robert Merasty, Île-à-la-Crosse Boarding School, speaks to media in Edmonton on July 25, 2022, just hours after the head of the Catholic church, Pope Francis, apologized to Indigenous people for the church's role in Canada's residential school system.

Francis' words on Monday invoked mixed emotions and memories, Merasty said, but definitely failed to do one thing: "We're not recognized."

In recognition that opinions will vary amongst Indigenous People, the Métis Nation of Ontario agreed unanimously before travelling to Alberta to take no position as an entity.

"Everyone has the right to determine their pathway forward for healing," Caron echoed.