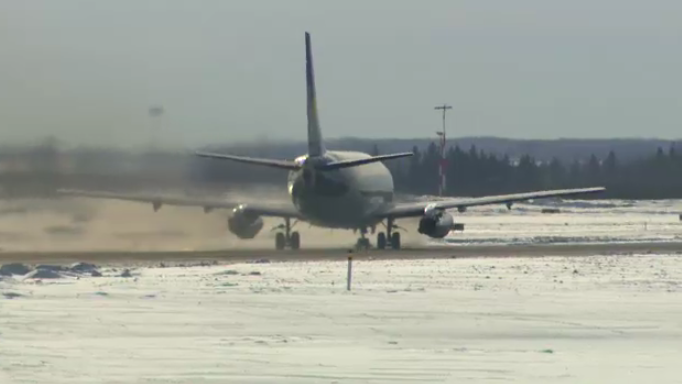 A plane takes off at Edmonton International Airport in this undated file photo.

EDMONTON -- A number of flights out of Edmonton International Airport were delayed or cancelled Wednesday as extreme cold weather continues to grip the province.

Passengers are being asked to check EIA's scheduled departures page well before their flight to see if it has been affected.

EIA spokesman Chris Chodan said some of the delays and cancellations were due to weather-related issues, while others were mechanical in nature.

Chodan also reminded passengers to give themselves enough time to get to the airport safely so they aren't rushing in dangerous conditions.

He also said EIA's Park Assist service is on-hand to give passengers a boost if their battery dies, pump their tires or dig them out of any snow accumulation.

As for those working in the nearly -40C weather, Chodan said the airport is cycling maintenance staff indoors and outdoors so no one is exposed to the elements for too long.

Even with extreme cold temps (feels like minus 43) @FlyEIA is still operational, kudo’s to all the employees working outside to keep aircraft and passengers moving safely!! pic.twitter.com/8WXrC8uGFl