Extreme weather crippled energy-rich Texas. Could it happen in Alberta? 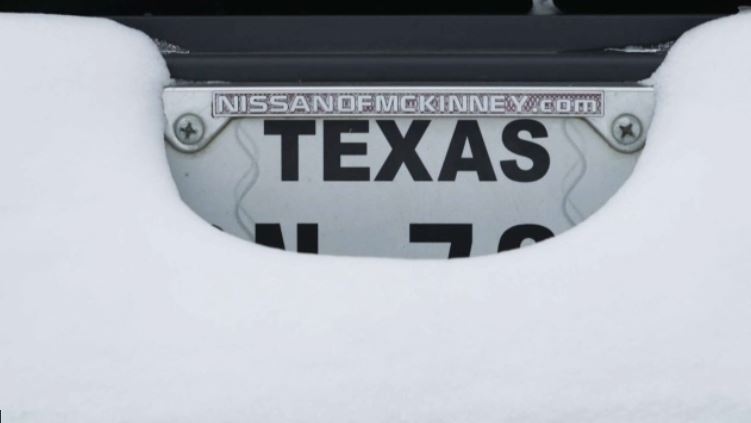 EDMONTON -- While hundreds of thousands of people sit without power in Texas, the people in charge of maintaining electricity in Alberta are keeping an eye on developments in the Lone Star State.

“And if there’s any learnings we can take from it, we’ll take those,” said Mike Deising, communications director for Alberta Electric System Operator (AESO).

But what can we learn from a place where mild winter temperatures (by Alberta standards) caused a mass failure of the Texas electrical grid.

Perhaps it’s a lesson to be prepared for anything, no matter the season.

Texas and Alberta both operate on similar-style electric systems and have limited interconnectedness with their neighbour states and provinces, but it’s our respective climates that set us apart.

In Texas, a state of 29 million people, temperatures in the minus single digits left 4.4 million people without power at one point and at least 20 people died trying to stay warm.

“It’s quite out of the ordinary and it’s extreme, relative to their normal,” said Duane Reid-Carlson, president of EDC Associates, an energy-consulting firm based in Calgary.

“It doesn’t sound like much when they go to minus (single digits) while we’re used to dealing with minus double digits,” said Reid-Carlson. “We’re just built for it."

Meanwhile, Alberta’s electricity grid was also put to the test in recent weeks, setting an all-time record for power consumption at 7 p.m. on Feb. 9 at 11,729 megawatts, according to AESO.

The chilliest low recorded by Environment Canada at Edmonton International Airport that week was -43.6 C.

Despite record demand, AESO did not issue a single warning or alert. Rather, it Tweeteda helpful reminder that conserving power in the evening hours can “always help."

“Prices were high, yes,” said Reid-Carlson, “but our equipment ran because it’s designed to run (in extreme cold) and that’s why it costs twice as much to build in Alberta.”

Even Alberta’s wind turbines, which account for about 10 per cent of the province’s energy capacity, were turning just fine in the frigid cold, while some turbines were freezing in Texas, which relies more heavily on wind power (about 23 per cent in 2020 according to Forbes).

Alberta’s electrical system has a capacity of about 16,400 megawatts, according to AESO. Excess demand can cause power plants to ‘trip,’ thus diminishing the available supply, triggering Energy Emergency Alerts.

By comparison, Texas reportedly expected demand to meet or exceed the state’s record for peak demand of 74,820 megawatts, a record set in the summertime.

According to the Associated Press, Texas winter capacity is 67,000 megawatts and 46,000 megawatts of power went offline by Wednesday, which is what caused the sustained and widespread outages.

The last times Alberta’s demand exceeded power supply was in the summers of 2012 and 2013,when temperatures in Edmonton climbed above 30 degrees. Demand on the province’s grid was a couple hundred megawattsoverwhat it could supplyfor a couple hours, according to Deising.

The geographical impact wasn’t much bigger than the size of Airdrie, he said.

HEAT, NOT COLD, MORE LIKELY TO CAUSE PROBLEMS FOR ALBERTA: EXPERT

Reid-Carlson believes that if Alberta ever experienced problems on a larger scale, it would be more likely to happen during a prolonged heat wave as opposed to during a blizzard.

Power plants typically shut down for maintenance in summer, he said, in part to prepare for the next winter. As well, hot weather can reduce output on natural gas facilities. Whatever could be gained from solar power would not be enough to make up the balance.

“We could find ourselves in a situation where the system operator would have to do similar to what was done in Texas,” said Reid-Carlson.

Texas’ grid manager had to resort to forced and rolling blackouts that began Monday to stabilize the power grid.

Could it happen in winter?

“I would never say never, because as soon as you do, something will happen,” said Reid-Carlson

“Our systems are designed to operate in those very cold temperatures, but if it got to -50 or -60 or something for a sustained period with high winds then, you know, maybe things start to break at those levels.”