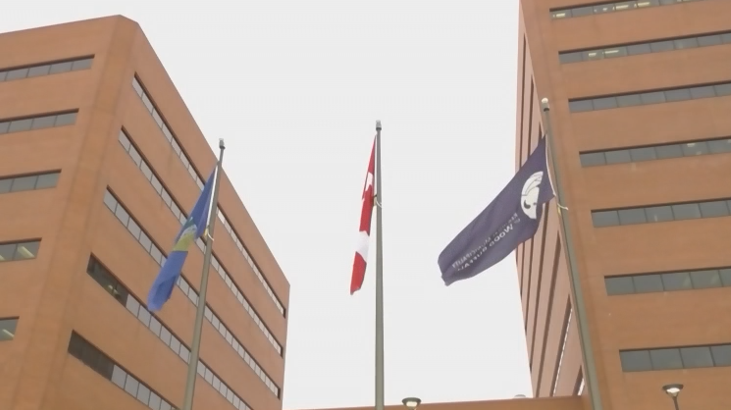 A day after police evacuated buildings and closed roads in downtown Fort McMurray, a local man is in jail for allegedly making a fake bomb threat, RCMP said.

Police say the man called the Regional Municipality of Wood Buffalo around 11 a.m. Monday to tell them that there was a bomb in the building.

As a result, the municipal Jubilee Building and connected Provincial Building were cleared out as officers made a perimeter around the complex.

"At approximately 4 p.m., a male called the RCMP reporting that he had called in a bomb threat. Wood Buffalo RCMP members located and arrested the male," a Tuesday news release from RCMP stated.

"At approximately 6 p.m., RCMP released the scene and the building has since reopened to the public. No suspicious items were found in the building by RCMP or municipal employees."

The 60-year-old man is now facing charges of:

He is being held in jail ahead of his court appearance Wednesday in Fort McMurray.

In a terrible way, the death of Tyre Nichols brings vindication to members of the Black community in Memphis who live in terror of police.