Family members remember one of the men killed in Chinatown this week as a kind and hardworking man, and hope that his needless death will lead to change.

Hung Trang, 64, a husband, father of two daughters and proud grandfather, was seriously assaulted while at work at Albert's Autobody on Wednesday. He was rushed to hospital but died from his injuries on Thursday.

Christina Trang, his oldest daughter, told CTV News Edmonton the reality of her father's death still has not fully sunk in.

"My dad was the most caring man for his family," Christina said. "It's been difficult after his passing just being home.

"He did everything to care for my mother," she said. "She worked and she came home, and everything was done (for her). She doesn't even know how to use the washer. She's never done her own laundry. She said my dad does everything."

Tony Hai, owner of Albert's Autobody on 106 Avenue and 98 Street, previously told CTV News Edmonton how the shop's surveillance system captured the unprovoked assault on Hung, who was his employee for 33 years. 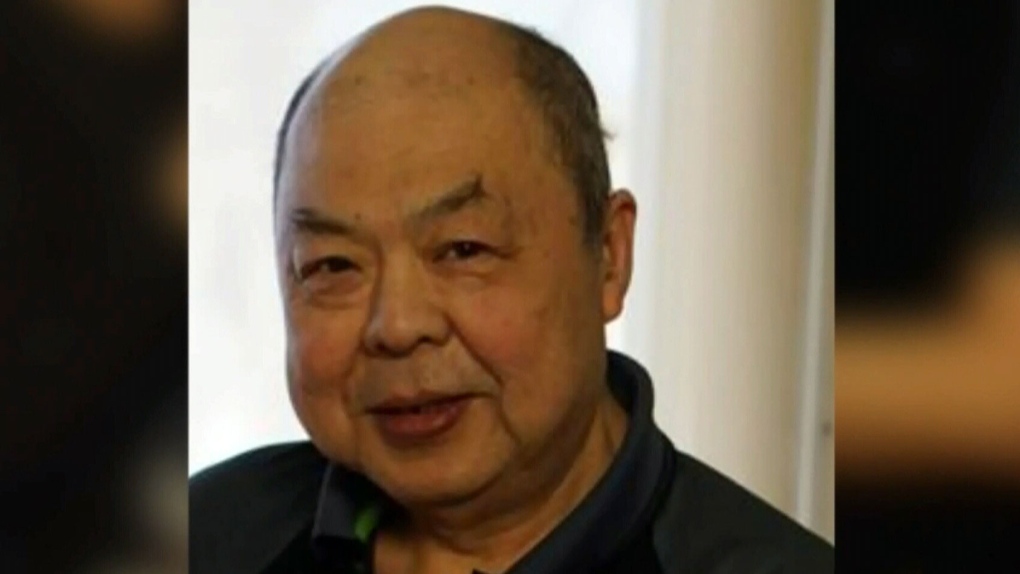 Christina says her uncle, who works at Albert's Autobody, is the one that called her.

"I was at work," she said. "(My uncle said) it looked like he got into a fight. His face is all swollen. He's unresponsive. He's not breathing.

"My heart sank. Walking into the ER," she added, "that was the worst feeling ever.

"The doctor came to tell us that he suffered significant trauma to his head. His heart stopped twice. That they did CPR on him for at least 20 minutes, and he had no oxygen to his brain for that long."

"It all still just feels unreal," Christina said. "It's just not the same anymore."

On Friday, the Edmonton Police Service said Justin Bone, 36, was charged with two counts of second-degree murder and a robbery charge in the fatal beating of 61-year-old Ban Phuc Hoang.

According to police, Hoang was located as officers discovered a second scene at 105 Avenue and 98 Street at an electronics business. Paramedics later pronounced him dead at the scene.

Bone was taken into custody, Hai said, after he and a private security guard called police as they followed him.

Police say Bone was not known to either victim, and that no further suspects are being sought.

'SOMETHING NEEDS TO CHANGE'

Christina said her dad loved to laugh, was dedicated, and could "talk your ear off" once he knew a person. He also spent a lot of time at Sweet Basil Vietnamese Kitchen, a Windermere restaurant their family once owned.

"I never actually realized how connected he was in the Chinese community there. Knowing everybody," she added.

Christina is sure that her dad would not want this to happen to anyone else.

"It's really sad that it's gotten to this point where my dad and the other victim (Hoang) had to give up their life for the city to finally start noticing this," Christina said.

"I grew up there (at Albert's Autobody)," she added. "We would visit my dad at work.

"But we haven't gone there for a long time. It's just not the same anymore."

She hopes the city will finally find a way to permanently address issues Chinatown has been dealing with for years.

"Something needs to change there," Christina said. "Truthfully, I don't know (the answer), but if the homeless are scared of the homeless there, that's a major issue, and that needs to be changed to create a more safe community for everybody there."