Jacob Marfo is asking Edmontonians to give ten minutes of their time, and a little bit of saliva, to potentially save his son’s life.

Jacob’s two-year old son, Ezra Marfo, was diagnosed with a rare form of leukemia in May 2021. Just after his second birthday in July, the family was told the cancer was spreading. After what Jacob said is too many cancer treatments to count, now Ezra needs a stem cell donation.

The problem is, there just aren’t enough donors that match Ezra’s origin.

“So it makes it a lot more difficult for people who share Ezra’s ethnicity to find a match for a transplant.”

Sanjuan said that only 33 per cent of the stem cell registry consists of ethnically diverse individuals, which is not a proportionate representation of the diversity within the Canadian population. 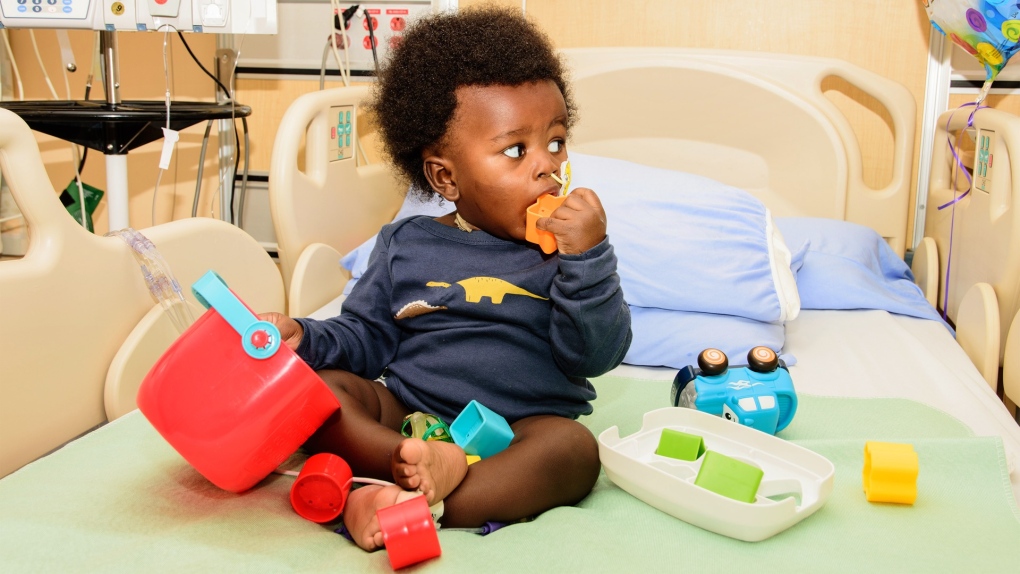 Ezra has spent most of his life in the hospital, unable to go outside or play with other children because he is immunocompromised. (Supplied)

Jacob has partnered with Canadian Blood Services to help raise awareness of Ezra’s need for a donor and for the need for more donors from diverse backgrounds.

A swab event at the Church of Pentecost Edmonton is running from 3 p.m. to 8 p.m. Saturday, they will be collecting swabs and looking for a match for Ezra and others waiting on the donor list. Potential donors can also go to blood.ca/swab4ezra to order swab kits online.

Jacob said the process to become a donor is simple. After answering a few health questions, you get a swab kit to collect DNA. Jacob adds the swabs are not anything like the uncomfortable COVID-19 nasal swabs - they are simply swept along the inside of the mouth.

Most people on the registry will never receive a phone call to donate, Sanjuan said, but those who do won’t need an invasive surgery, as 90 per cent of donations are made through a process similar to donating blood.

Jacob donated his own cells in September 2021, and he said it’s a simple process. Donors take medication that pulls stem cells from their bone marrow, then the donor’s blood is run from their body into a machine to filter out the stem cells before it’s fed back into the donor.

Unfortunately, Jacob is not the best match for Ezra and his cells didn’t work as well, leaving the family desperately looking for a better match. Without good stem cells, Ezra can’t produce his own red blood cells and platelets, which have been destroyed by cancer.

Jacob said it’s getting worse every day, with the cancer having spread to 85 per cent of his body. 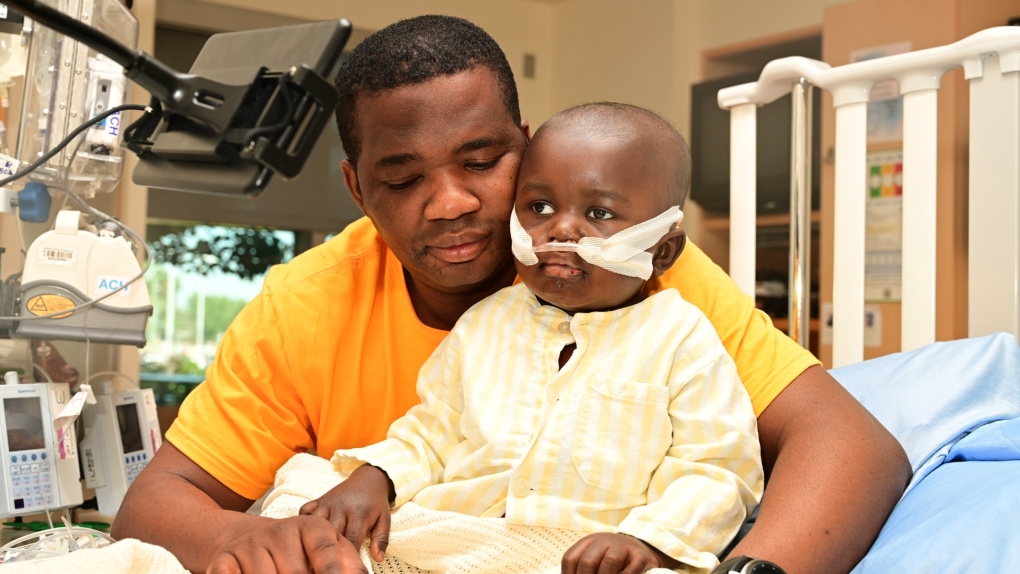 Jacob Marfo was told just after Ezra's second birthday that the cancer was spreading, and his son's condition was getting worse. (Supplied)

“It used to be every few days, but every day now he needs blood transfusions,” Jacob said. “Just to be able to survive and move to the next day.”

With new healthy stem cells replicating and producing healthy blood components, Erza would be able to better fight the cancer that has made the toddler almost unrecognizable from a year ago.

“24-hours he’s in the crib, because you can’t even lift him,” Jacob said. “He’s so bloated and every bone hurts so much, so he’s not even able to move or anything.”