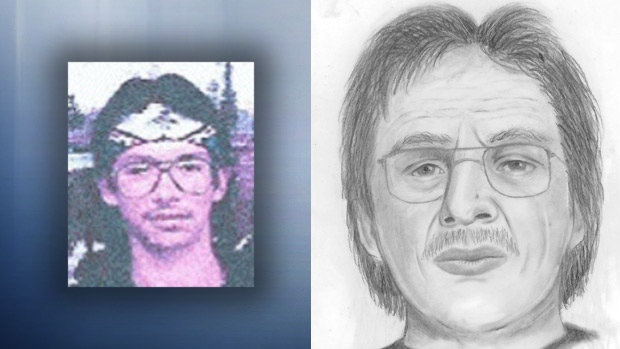 William (Billy) Jay Sharphead is seen in an undated photo released by RCMP when Sharphead was first reported missing in 2003 (L), and in an 'age progression' sketch released Thursday, May 24, 2018 (R). Supplied.

Police and family are still searching for an Alberta man who hasn’t been seen in 19 years.

William (Billy) Jay Sharphead was last heard from in September 2003.

When he went missing he was known to travel between Stoney Nakoda First Nation and Edmonton.

Sharphead is described as having a medium complexion, brown hair and eyes, 5’7” tall, with a slim build.

An age progression was done in 2018 to show how Sharphead would look now.