'I actually started to give up hope': Edmonton woman waits 15 years for endometriosis diagnosis

'I actually started to give up hope': Edmonton woman waits 15 years for endometriosis diagnosis 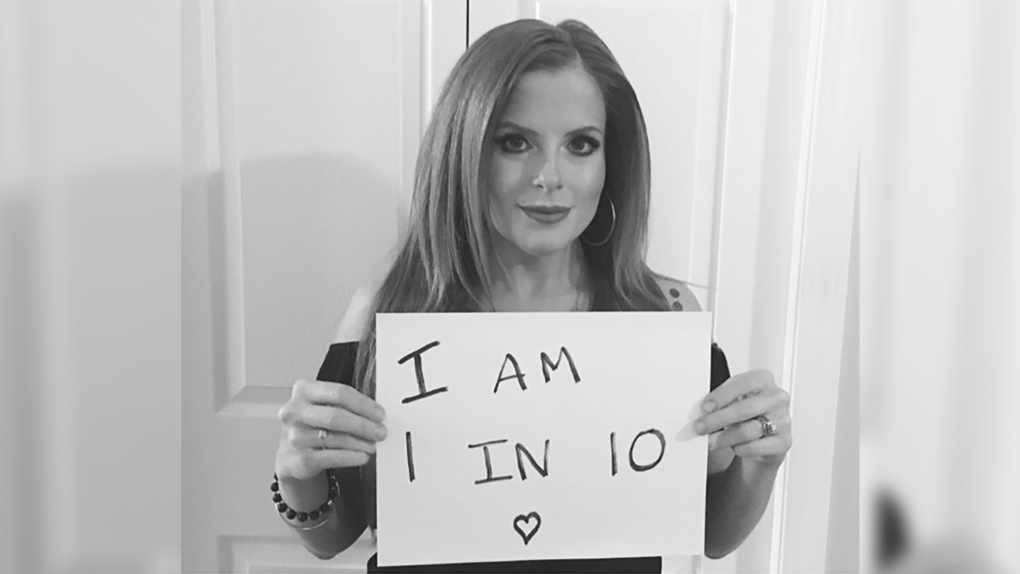 Adrieanne Beasley is one of 176 million women worldwide with a disease called endometriosis.

“It affects everything. I’m constantly tired, I have pelvic pain, I have lower back pain, leg pain, I can’t go to the washroom properly, it affects your digestive system, things you eat can affect it. I have flare-ups every month that make me look like I’m seven months pregnant, but I can’t have kids,” said Beasley.

Endometriosis is when tissue that is similar to the lining of the uterus, is found outside of the uterus in the peritoneal cavity, the pelvis and sometimes the abdominal area. Symptoms can include pain with periods, pain with intercourse, pain with bowel movements and infertility.

“They go about their day and they try not to show it and try not to let on you know what pain and discomfort they’re in so it is a real problem,” said Dr. Andrew Cook, MD, founder and medical director of Vital Health Endometriosis Center in the United States.

Beasley was 16 years old when she first started experiencing heavy bleeding and pain with her periods.

“I knew something was wrong with me,” the now 35-year-old recalled.

But Beasley said the doctors she went to for help didn’t take her seriously: “I was actually put on anti-depressants because they thought that I was making it up and that I was having issues with my mental health.”

“I think that we have a problem that unfortunately way too often, women aren’t really believed. You look okay, your pain can’t be that bad,” said Dr. Cook.

“It is. This is horrendous pain and I think that the women suffering from this really are very tough and resilient.”

It wasn’t until 15 years after her symptoms started, when Beasley moved from Ontario to Edmonton, that she found a doctor who believed her.

“It’s extremely frustrating to go for that many years thinking, and I actually started doubting myself,” said Beasley. 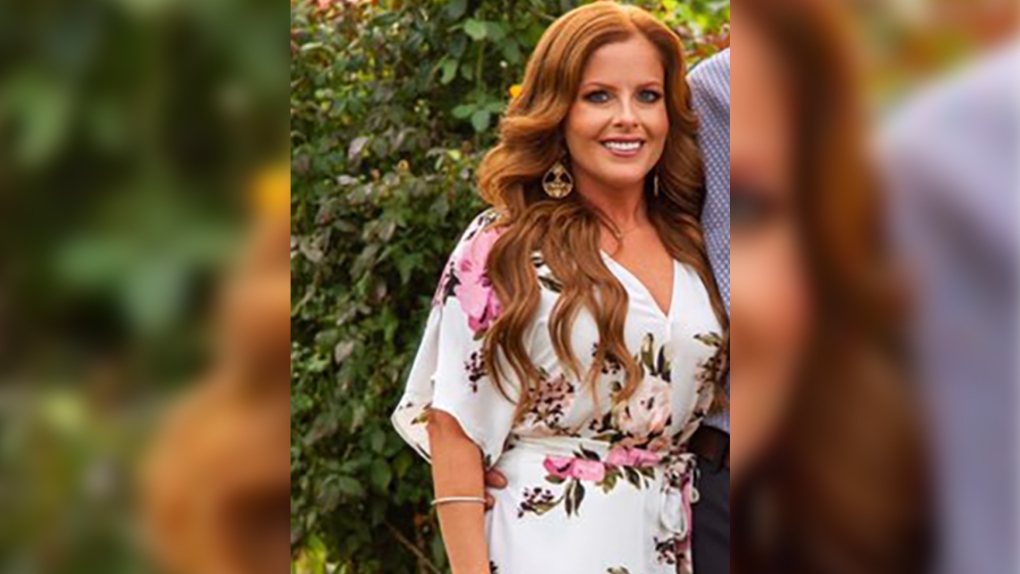 It can take an average of seven to 10 years for a woman suffering from endometriosis to be diagnosed.

Dr. Cook said because progressive pain with periods is often found to be caused by endometriosis he is baffled some say it is hard to diagnose.

“The other thing I think that makes it difficult with the diagnosis is I think a lot of physicians kind of think it’s a hopeless condition.”

The physician added: “They come up with all these other rationalizations to deal with the problem but it is real and it is treatable.”

Many physicians use hormonal manipulation to help treat symptoms of the disease.

“The problem is, endometriosis can potentially make its own estrogen so even in spite of those medical therapies or even hysterectomy or even taking ovaries out or even menopause, endometriosis can still be active. Not as common but it still can.”

Beasley has tried several hormonal treatments over the years. She said the side effects were sometimes worse.

“My body did not agree with the hormones in that. I started losing my hair, I had a really bad reaction to it, my moods were completely changed. On top of that, it did not reduce the bleeding or the pain that I was getting,” she said.

Dr. Cook said surgery is the best option to remove the disease. 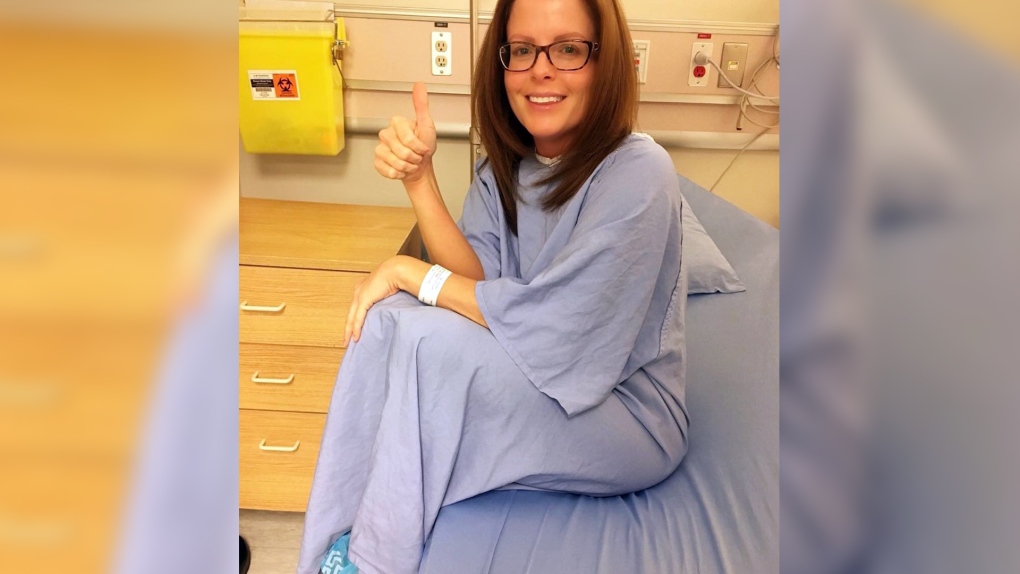 “Most surgery being done out there is what’s called coagulation surgery or burning the lesions, trying to spot treat them. And we know now that probably about 85 per cent of the time there’s disease being left behind and so you hear about people going through numerous surgeries, better for a year, recurrent symptoms,” said Dr. Cook.

However, he said that surgical technique is outdated, and what is called wide excision is now considered the ideal option for long term results.

“Endometriosis is not a cancer, it’s not malignancy, but I treat it exactly like one meaning we’ve got to get around it and get it all out of there and that’s the best chance for a surgical cure.”

He believes the wide excision technique should be a standard part of the training to become a gynecologist.

“They have to be motivated to go learn afterwards and to ramp up their skill set,” he said.

Beasley had her first laparoscopic surgery in 2014, confirming she had endometriosis. She said her physician performed wide excision at the time.

“Even after the excision surgery in 2014, I only had a reduction in pain for approximately six months. And that was devastating because I was told that I would be good for a few years after having what she considered to be a successful excision surgery,” she said.

She recently decided to have a hysterectomy.

“Knowing it wasn’t a cure, because there is no cure, and some people do not get any help from a hysterectomy,” she said.

She called it a last-ditch effort to try to end her pain.

“Because I felt hopeless at this point, that all of the treatments that had been performed so far hadn’t been successful.” 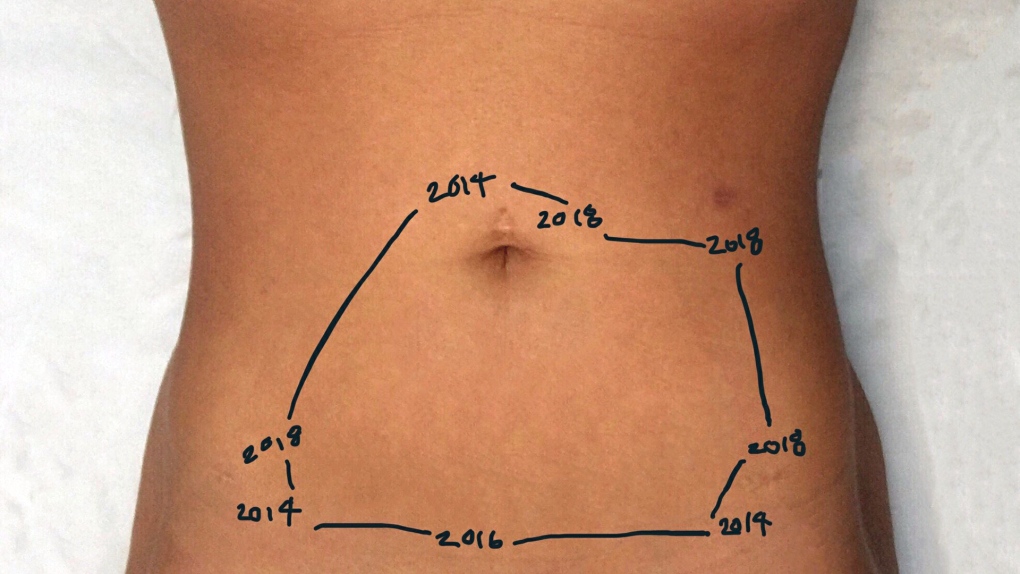 March is recognized as Endometriosis Awareness Month. Beasley hopes sharing her struggle with endometriosis will help others still searching for answers.

“You can look as healthy as anyone else but your insides are an absolute mess,” said Beasley.

“If I can give them an idea of what I’m going through and they can relate and get help and get a proper diagnosis and have proper surgery. If I only help one person, I’ve done my job.”

Dr. Cook was first introduced to endometriosis in 1983 and has dedicated his career to helping women affected by it. He has advice for people who know someone battling the disease.

“It’s easy to judge and criticize as they say ‘Walk a mile in their shoes first’ and understand; As far as what I see, this is one of the most challenging life events people can be faced with. OK, it doesn’t kill you, but it can rob you of a functional life. And in the process of trying to deal with that so all of us that have those times where it’s been a stressful day and perhaps my tolerance to something’s not going to be as good, so a little understanding you know if they’ve been through something like that.”

He believes it’s an approach that can be used with all of the people in a patient’s life.

“I think it’s really tough on the husbands because you know, as guys, we just want to fix stuff and make it better, right?” he added.

He believes the awareness campaign and social media is leading to change.

“In this field, often the patient knows more than the physician.”

“They demand a level of service from their physicians and it pushes the physicians to provide and I think we’re seeing that. It’s truly the power of communication and the power of the internet. I think it’s fantastic,” he added.

He said women need to be “smart consumers” when it comes to finding the proper care.

“It does not have to be a life sentence and there is the potential of an abundant and amazing, fantastic life after successfully dealing with endometriosis.”