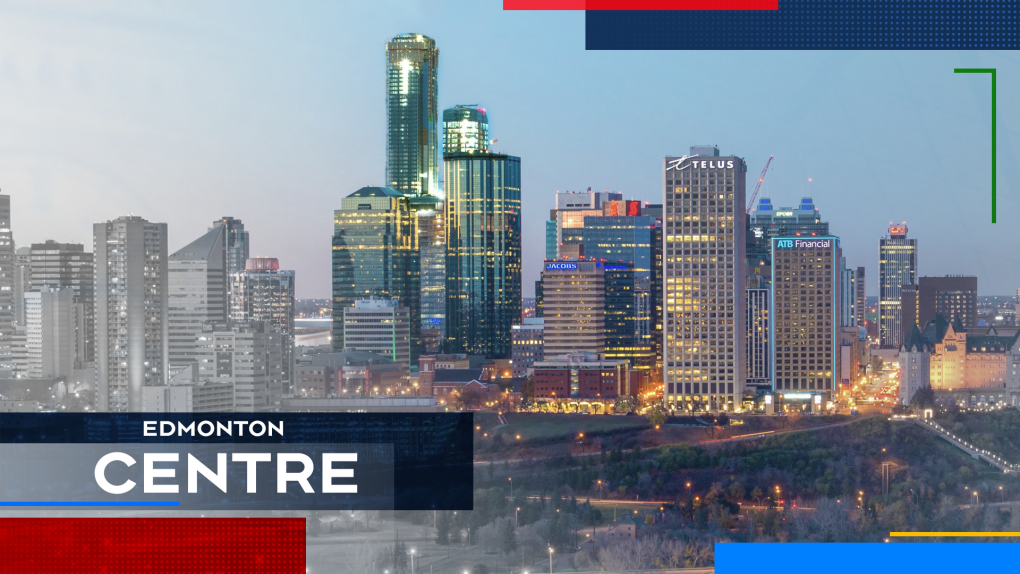 Edmonton Centre roughly covers the area north of the North Saskatchewan River and south of Yellowhead Trail between 170 Street and 97 Street. The riding includes downtown Edmonton as well as the Jasper Park, Glenora, Meadowlark and Mayfield neighbourhoods.

The riding was established in 1966, abolished 10 years later, and reformed in 2003. Conservative Laurie Hawn held the seat between 2006 and 2015, bookended by Liberals Anne McLellan between 2004 and 2006 and incumbent Randy Boissonnault from 2015 onwards.

Liberal candidates have had some narrow wins here, with Boissonault (2015) and McLellan (2004) each winning by fewer than 1,200 votes.

This year’s race could be close again and is being contested by seven candidates.

Boissonnault became the first openly gay MP elected in Alberta and first Liberal to win the riding since 2006. He’s a former Radio-Canada journalist who worked as parliamentary secretary to the minister of Canadian Heritage.

Eckstrom describes himself as a film producer, musician, and educator. He’s also a student at NAIT, according to his Twitter profile.

Hookham is a resident of the Westmount neighbourhood, an entrepreneur that built and sold two companies, a performing jazz musician, supporter of the arts and a father.

Morton is a former health care worker who has run for the party in five federal elections stretching back to 2004 and as an independent in provincial elections in 2004 and 2001.

Murray is running for the Greens after working for the party at the provincial level in Ontario. He’s also lived in Montreal and Toronto where he studied political science at York University.

Swampy ran for the NDP in 2015 at both the federal and provincial level. She’s a councillor with the Samson Cree Nation and on the board of directors for Peace Hill Trust.

Edmonton Centre is shaping up to be one of the closer ridings in the Edmonton area and features a rematch between the top two finishers from 2015. Before then, Conservative Laurie Hawn handily won the riding in 2011 and 2008 after a nearly 4,000 vote victory in 2006.

With a tight race seeming possible this year, MacEwan University political scientist Chaldeans Mensah says parties will be focussed on getting their votes out.

“This is going to come down to organization. Which of the two candidates is able to mobile their supporters to come out and vote?”