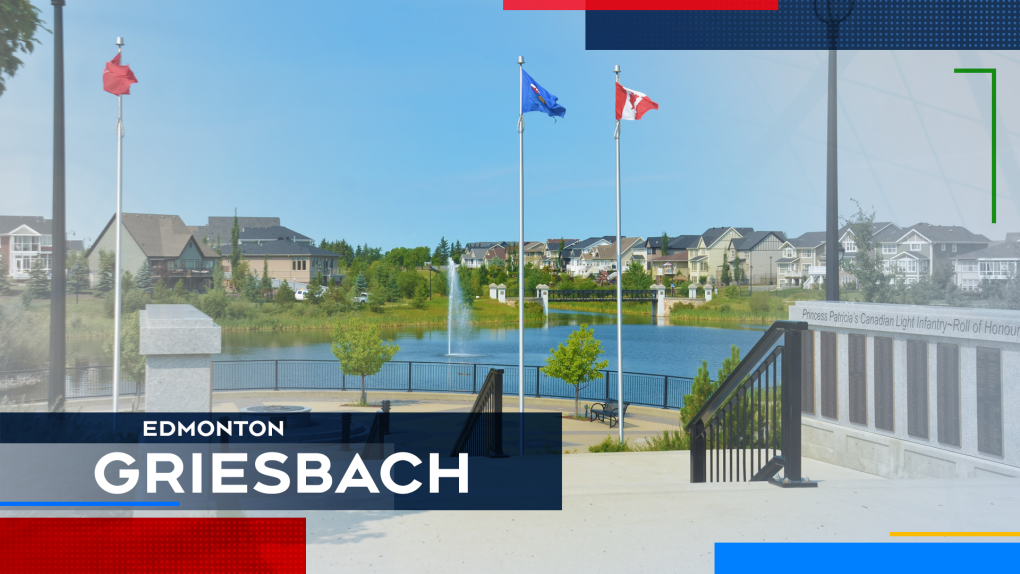 Edmonton Griesbach holds a population of more than 107,000 people, according to 2011 census data, and is comprised of parts of former electoral district Edmonton East and Edmonton—St. Albert.

It was once home to CFB Griesbach, an army base established in the 1950s named after Maj.-Gen. William Griesbach, a former soldier and Edmonton mayor.

Diotte is no stranger to Edmonton-area politics, having served as Ward 11 councillor from 2010 to 2013. In the 2013 municipal election, he launched an unsuccessful bid for mayor, coming in third. He serves as the opposition shadow cabinet minister for national revenue. Before his political career, Diotte was a columnist for the Edmonton Sun newspaper.

Khan grew up in Calgary before moving to Edmonton in the early 2000s and finishing up his schooling in Griesbach. According to his website bio, Khan was inspired to take action on climate change after wildfire smoke forced him to learn more about respirator filters. He says he’s also a proponent of electoral reform and encouraging youth to vote.

Cherrington is known for his advocacy on homelessness and child welfare in Edmonton, having worked as a youth justice advocate. In 2014, he was named one of Venture Magazine’s 50 most influential Albertans and he has received international awards for his advocacy work.

Mohamud has worked in public service for the Government of Alberta, but this marks her first attempt at running for office. Mohamud, who has a PhD in Sociology from the University of Alberta, was born “to a family of nomadic farmers” in Kenya, according to her website biography. She is fluent in English, Somali and Swahili and is one of the few people of colour running for office in the Edmonton area.

Macewan University political analyst Chaldeans Mensah says while former parts of the redrawn Edmonton Griesbach party had a strong NDP voter base, like Edmonton East, it will likely be difficult for any candidates to overtake Diotte this year.

“He’s a known quantity. He was a very controversial city councillor but he has the benefit of incumbency, people know his name,” said Mensah.