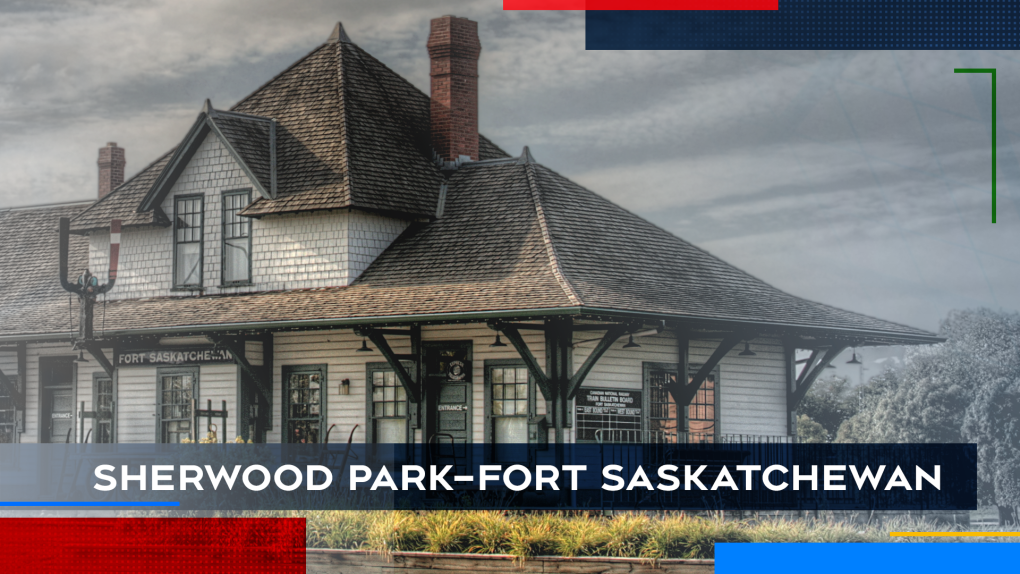 Six candidates are squaring off in the riding of Sherwood Park-FortSaskatchewan that sprawls over more than 1,200 kilometres northeast of Edmonton. The riding draws in its two namesake communities as well as the area of Strathcona County in between.

The current riding was created ahead of the last federal election in 2015 out of parts of the now defunct Vegreville-Wainwright and Edmonton-Sherwood Park constituencies. Together, those ridings elected Conservative members of parliament with an average vote share of 63 per cent.

In 2015, Incumbent MP Garnett Genuis beat out the Liberal runner-up by more than 29,000 votes.

This year, six candidates are contesting office with only Genuis having run in last year’s race.

Since being elected to Ottawa in 2015, Genuis has served as the deputy critic for human rights and religious freedom and also as deputy shadow minister for foreign affairs. He worked as the vice-president of a research firm prior to becoming an MP.

McElrea is a Sherwood Park resident who has worked as a heavy duty mechanic and millwright. His party’s platform pledges to modernize the Canadian Pension Plan, put a moratorium on foreign aid, and a reduction of taxes, including the carbon tax.

Sanderson works as a manager at a coffee shop. She ran for the Greens as a candidate in the Toronto riding of Don Valley East in the 2015 election and for the provincial Green Party in New Brunswick during that province’s 2018 election.

A lifelong resident of the riding, Theroux is a communications student at MacEwan University. He says his political priorities include lowering student debt, reforming the electoral system and addressing the environmental crisis.

Thiering has lived in the riding for four decades having worked as a carpenter and home builder. He describes himself as a lifelong Liberal having volunteered for the party in the past. Thiering now owns and operates Edmonton International Raceway in Wetaskiwin.

Villetard grew up on a farm near Beaumont and is a serving reservist member of the Canadian Armed Forces. He’s worked in several private sector management positions and describes himself as an advocate for rural rights.

Libertarian candidate Preston Scott is listed on some sites as a candidates but is not among the official candidates posted by Elections Canada.

This riding is about as safe as seat as there is for the Conservatives.

Genuis handily won in 2015 capturing nearly two out of every three votes and beating the second-place Liberal finisher by nearly 30,000 votes, a 43 per cent vote share advantage.

While there was then no People’s Party candidate to offer right-of-centre voters an alternative to the Conservatives, MacEwan University political scientist Chaldeans Mensah sees little reason for a different result this time out.

“The candidates running for the Liberals in Alberta are in a bit of a difficult situation because they’re running against a very unpopular personality here,” he said.

“These are candidates with strong riding attachments, but they are running against the current of a leader who is caught in a scandal and whose policies have not helped the economic prospects of Alberta.”