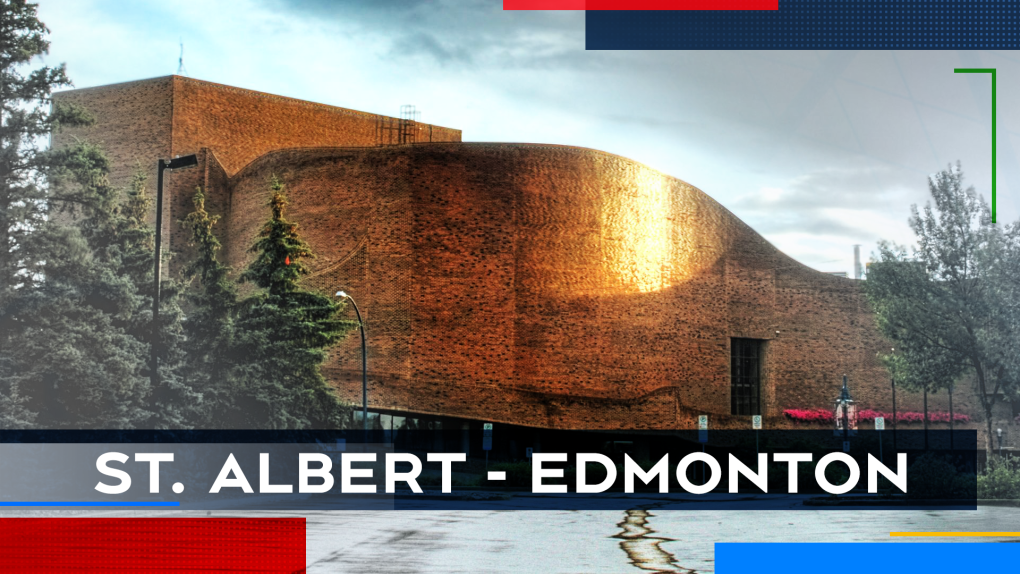 St. Albert-Edmonton includes the City of St. Albert and the northwest corner of Edmonton, north of Yellowhead Trail from 231 Street to Castle Downs Road and 97 Street.

Six candidates have entered the race in the St. Albert-Edmonton riding, including incumbent Michael Cooper who was first elected in 2015.

"I see this again as a referendum on Mr. Trudeau and I think that is gonna help Mr. Cooper in that riding," political scientist Chaldeans Mensah told CTV News Edmonton.

Cooper won the riding handily in 2015, earning double the votes of his nearest competitor.

Michael Cooper was first elected in October 2015. As the deputy shadow minister for justice for the official opposition, Cooper has advocated for a stronger criminal justice system in Canada.

Brigitte Cecelia is a long-time resident of St. Albert. She believes in personal responsibility, individual freedom and fairness for Alberta.

Rob Dunbar has lived in Edmonton for 25 years and grew up in small town Alberta. He believes it is in everyone's best interest for government and business to work together.

Robert Fraser is a veteran of the Canadian Armed Forces and a resident of Edmonton.

Kathleen Mpulubusi is a letter carrier, a former teacher and an active member of the Canadian Union of Postal Workers. She is focused on building strong, inclusive communities.

Gregory Springate is a chartered professional accountant and a professor at MacEwan University in Edmonton.

Cooper was removed from the justice committee in June 2019 by Conservative leader Andrew Scheer after he read an excerpt from a manifesto written by the man accused of killing 51 people in the Christchurch, New Zealand mosque attacks . He apologized and acknowledged that he should not have said the words or named the perpetrator.

The MP also pushed for Wynn's Law, which would have made it mandatory for prosecutors to provide the accused's criminal history during a bail hearing.  The bill was named after a St. Albert RCMP officer who was shot and killed by a man who was out on bail and had 50 convictions and 38 outstanding warrants. The bill was scrapped in June 2017.

"I think Mr. Cooper is a known quantity. He's made some gaffes but he is also well-spoken, he's intellectually very sharp," Mensah said.

"I think overall, within the Conservative Party, he's a solid contributor in terms of policy development and in terms of being able to attack, he's an attack dog," he added.