The provincial and federal governments are providing affordable housing for Indigenous people in north Edmonton.

In an official ceremony Thursday, Tribal Chiefs Ventures announced that they will offer a total of 32 units of affordable housing. The initiative will provide Indigenous families, elders, and individuals with low incomes safe and affordable homes in north Edmonton - conveniently located near transit as well as school and shopping amenities.

“We are humbly thankful to all levels of government that have helped us initiate affordable housing for the Six Nations and also the Indigenous peoples in and around the city and surrounding cities of Edmonton,” Cameron Alexis, CEO of Tribal Chiefs Ventures, told CTV News.

The housing project includes four fourplexes - eight units each - totaling 32 units. Rent has been set at 30 per cent of gross household income. 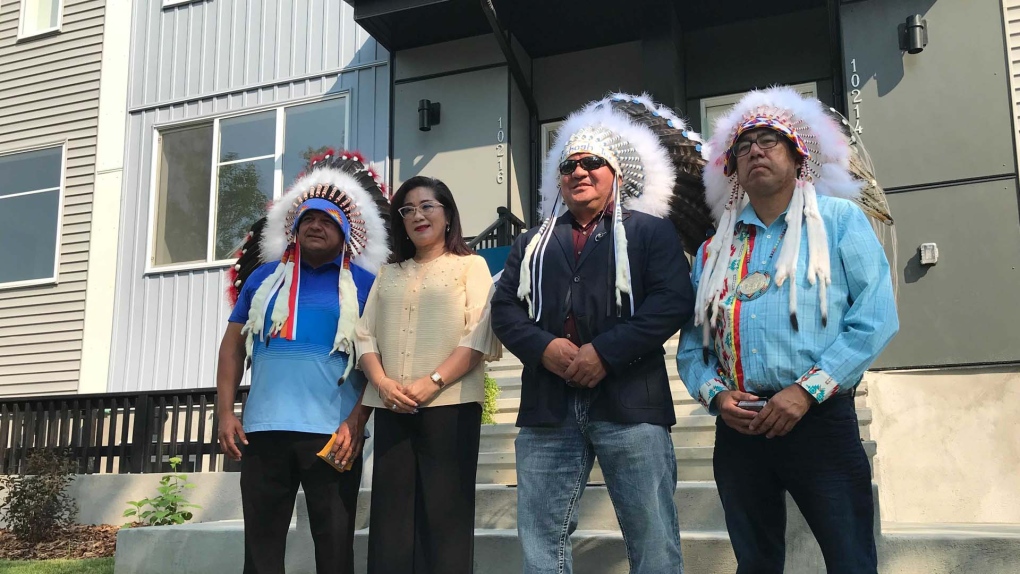 “This initiative was really pushed hard because of seeing our peoples on the streets,” explained Alexis, “but also people with perhaps special needs and also elders that may need a place to live in the city of Edmonton.”

The provincial and federal governments each kicked in $3 million for the project – which also created around 45 jobs.

The first of eight units have been completed and tenants are already moving in. The remaining three fourplexes are expected to be ready for tenants this fall.

“This is one of several (similar initiatives),” said Alexis, “and we are not going to stop until we see homelessness at least eradicated to a large degree.”