FINALLY, the sun returns: This is your Edmonton weather for Sept. 12 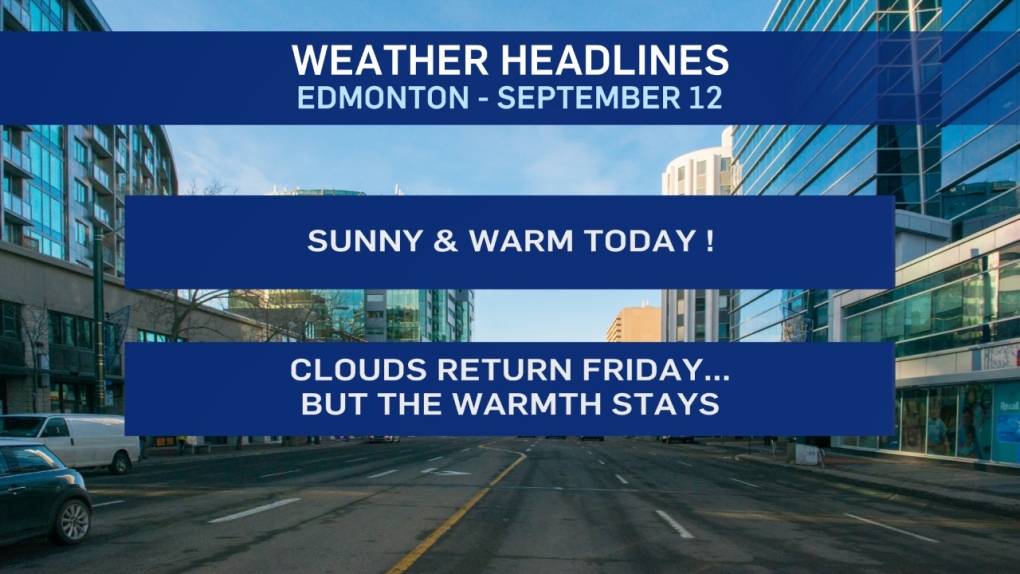 Skies started to clear late Wednesday and we'll get almost a full day of sunny skies in Edmonton today.

There may be a bit of patchy fog in the region this morning.  But, that should burn off by mid-morning.

Temperatures are also set to jump in a big way.

Daytime highs should be up around 20 (or into the low 20s) across Central and North-Central Alberta this afternoon.

We'll get some increasing cloud in western AB through the afternoon and that cloudcover spreads into the Edmonton area this evening.

No showers expected for most of the province today.

The exception - a risk of some evening showers in the Peace Country.

A "Mix of Sun and Cloud" for the Edmonton region Friday.  Still warm, but probably a degree or three cooler than today.

There's a slight risk of a late-day shower in the area.  But, that precipitation should be fairly scattered in Central and North-Central regions.

Areas that DO get a brief pocket of precip won't get hit with much in the way of actual moisture.

Partly cloudy with temperatures slightly above the average high of 17.

Saturday will LIKELY be the warmer of the two days.  But, only by a degree or two.