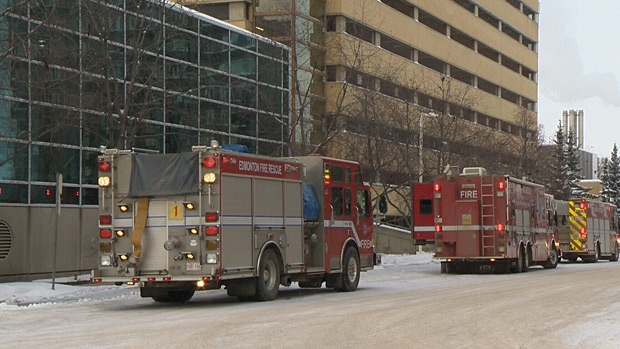 Fire and Hazmat crews were called out to the Royal Alexandra hospital after staff suspected a chemical-type leak in the emergency ward.

Firefighters and Hazmat crews were called out to the Royal Alexandra Hospital around noon on Wednesday.

“Some of the staff in there experienced difficulties in some of their breathing and just felt uncomfortable in the room, watery eyes and that kind of stuff,” Cpt. Todd Molineaux said.

Several patents were removed from the emergency ward area, however none of those in care needed to be taken out of the building.

Emergency crews say they found nothing in the room and no new cases appeared.

“We did a wide range of tests and it came up clear,” Cpt. Molineaux said.

He added that staff at the hospital was going to monitor the situation.

“If there are any other problems they are going to call us but at this point we’ve come up clear.”