Fire at west-end restaurant sends plumes of smoke into sky 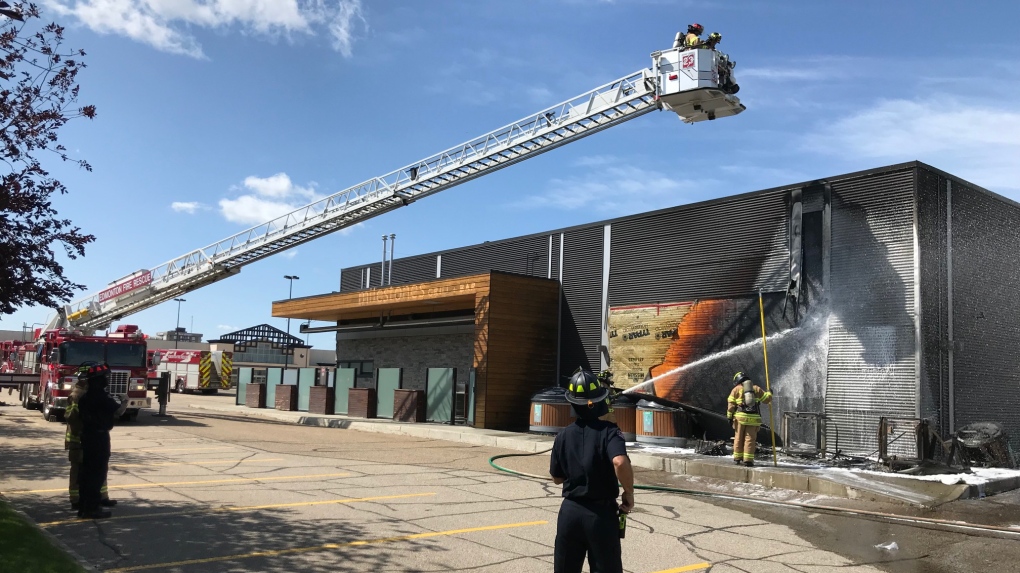 Edmonton Fire Rescue Services responded at 3:10 after receiving 14 calls about the former Milestones restaurant being on fire.

Edmonton Fire Rescue Services responded at 3:10 after receiving 14 calls about the building at 171 Street and 100 Avenue being on fire.

High winds had the smoke swirling around area businesses, causing some patrons at a nearby restaurant to leave.

Fire crews had the fire under control quickly, by 3:18 p.m., although the exterior of the building sustained some damage.

The building was empty and there were no reported injuries. The fire is currently under investigation.