Fire breaks out at farm north of Edmonton 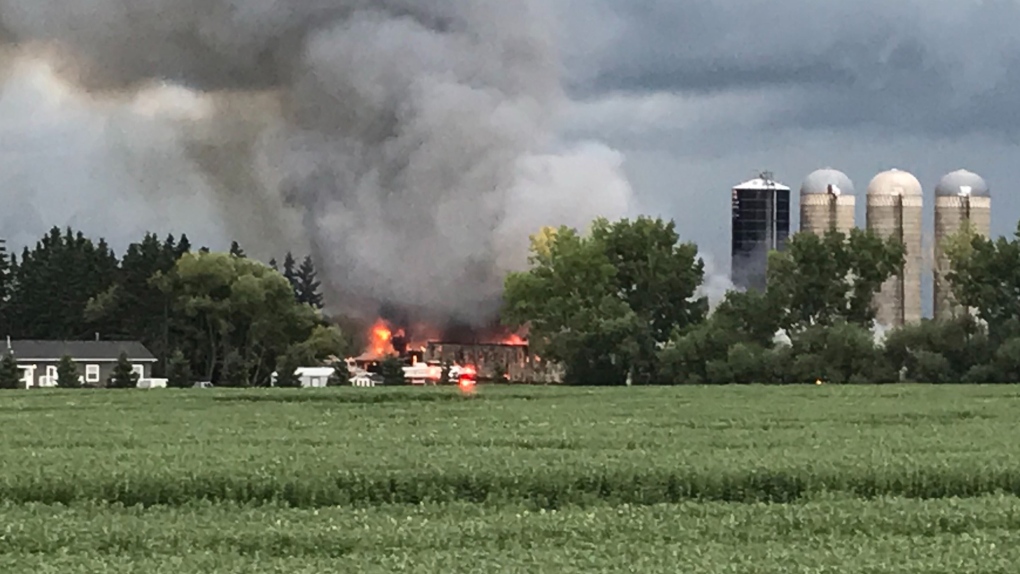 Fire broke out at a rural property north of Edmonton on Monday. (Sean McClune/CTV News Edmonton)Fire

EDMONTON -- Fire broke out at a rural property north of Edmonton on Monday evening.

Massive plumes of smoke could be seen above the city.

The barn was destroyed in the blaze.

Sturgeon County fire chief Pat Mahoney said it took 33 firefighters nearly 2.5 hours to get the blaze under control after arriving on scene and finding the building fully engulfed at 5:09 p.m.

He confirmed neighbours' accounts that the farm used to be a dairy farm named Crozier's Dairy Farm, but in recent years was converted to a grain farm. According to Mahoney, the barn was being used for storage.

There were no reports of injuries to people or animals.

An investigation into the cause of the fire will continue Tuesday.