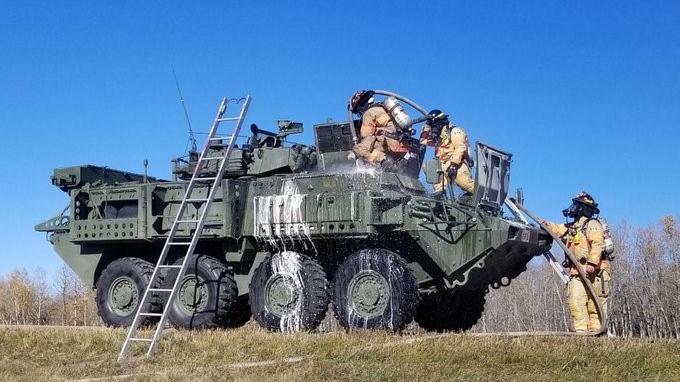 Firefighters responded to the area of Highway 16 and Range Road 210, near Elk Island National Park, around 12:05 p.m. where they found a Light Armoured Vehicle (LAV) on fire. Officials say a "minor fire" broke out inside the transport vehicle.

According to Strathcona County Emergency Services, CAF members managed to remove extra gas canisters and armament within the vehicle and use two small fire extinguishers to keep the blaze at a manageable size.

Firefighters then managed to overhaul the fire and declare it out.

No one was injured during the incident.

Members on Squad 5 responded to a vehicle fire on Highway 16 yesterday that involved quite the unique set of wheels.

The cohort of Light Armoured Vehicles was travelling eastbound when one of their units caught fire.#strathco #strathfire #armedforces pic.twitter.com/BsJBc8e9Zb