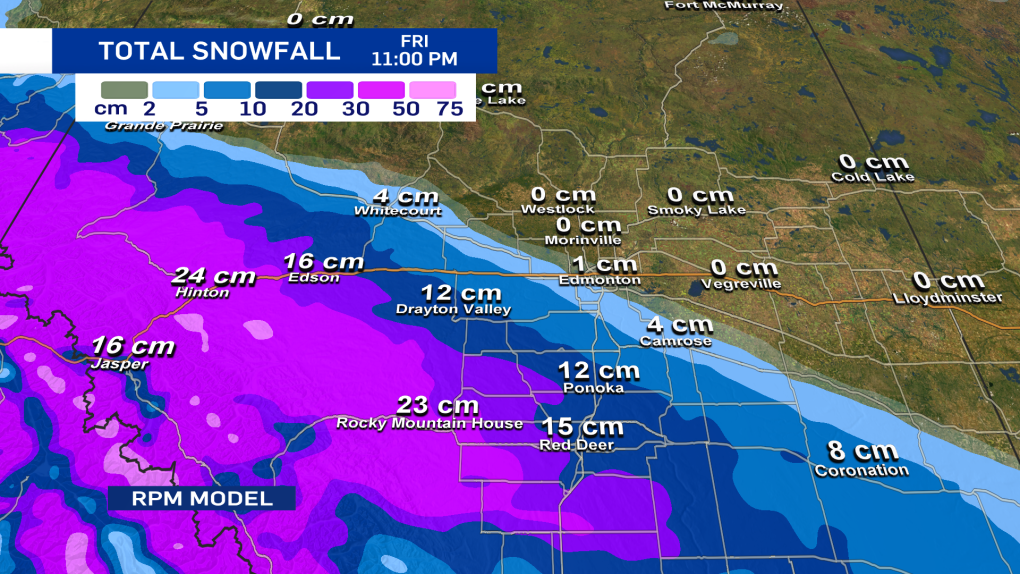 EDMONTON -- Heavy snow will hit parts of western and central Alberta on Friday with Edmonton likely getting it’s first accumulating snowfall of the season. 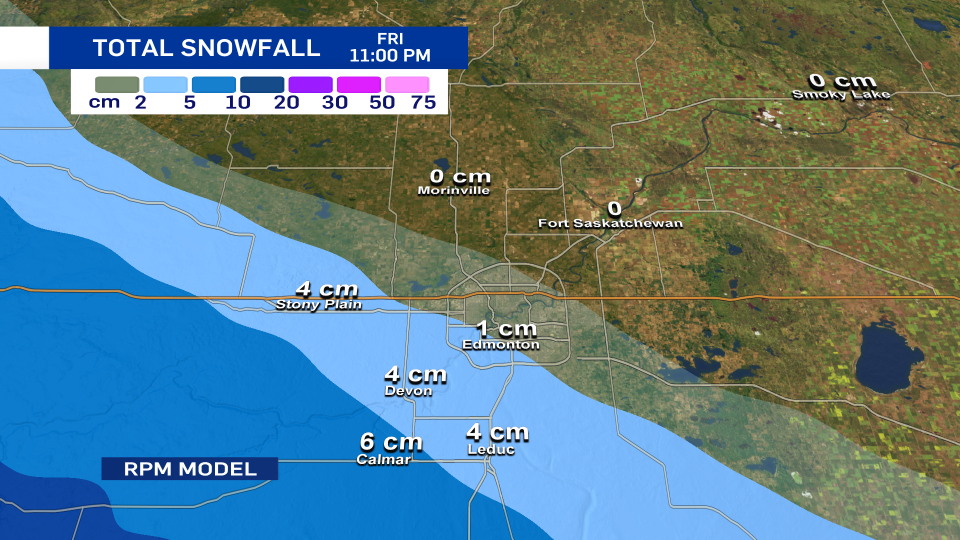 Environment and Climate Change Canada has issued snowfall warnings for areas from Grande Prairie southeast to Stettler and all areas west of that line. 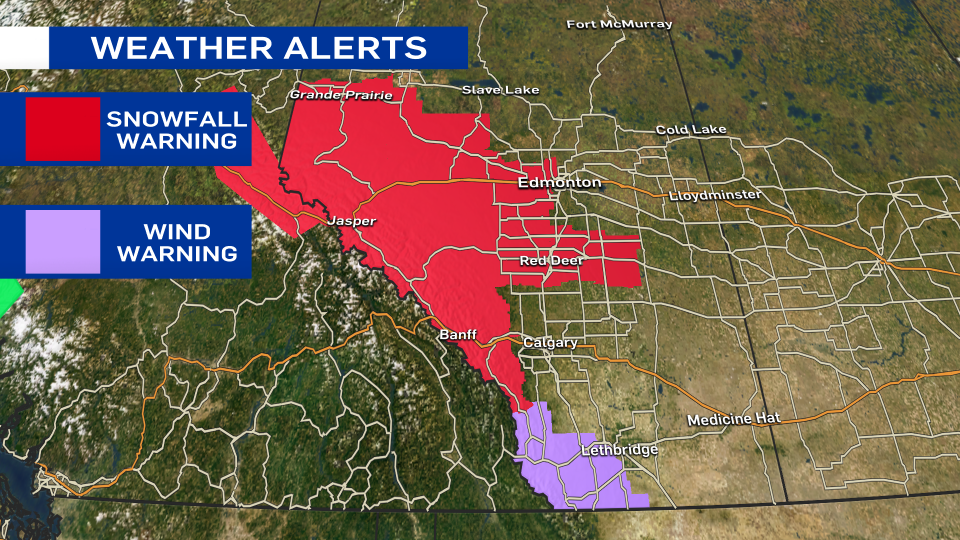 The foothills and areas from Grande Cache southeast to Red Deer and Coronation could get between five and 15 cm.

The mountain parks will see the snow start tonight and should receive 15 to 25 cm starting tonight and ending late Friday.

Driving conditions south and west of Edmonton will be poor through much of the day with blowing and accumulating snow as well as slick roads.

Behind Friday’s blast of snow, temperatures will likely remain below zero through the weekend. Daytime highs will be closer to mid-November averages for the Edmonton area with the mercury topping out a degree or three below freezing.