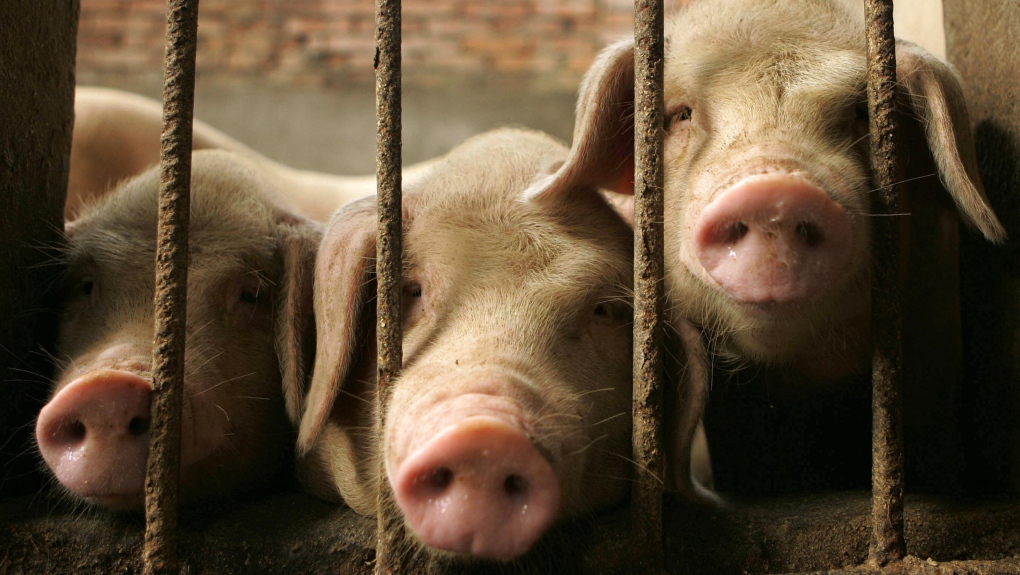 The non-seasonal strain — a rare swine flu variant with only 27 cases confirmed globally since 2005 — was found in mid-October after a patient developed influenza-like symptoms, Alberta said Wednesday.

The patient quickly recovered after they tested positive and there’s no evidence there was spread, the province said.

“I want to be clear…there is no evidence of risk to the public,” Alberta Chief Medical Officer of Health Dr. Deena Hinshaw said.

All H1N2 cases reported since 2005 have been linked with swine, Dr. Hinshaw said.

“We tend to see anywhere from roughly a range of 10 to 30 cases identified per quarter, so it is a virus that is not uncommon in our swine populations,” Dr. Lehman said.

“We’ve certainly noticed, over the last five years, that H1N2 has become I would say a bit more prevalent.”

H1N2 is not a food-related illness, Alberta officials said, and symptoms include fever, coughing, sneezing, breathing difficulties, eye redness or inflammation and a lack of appetite.

1/3 A single case of variant influenza A(H1N2)v has been reported in Canada. This is a rare type of flu in humans, typically acquired from exposure to infected pigs and not known to spread easily from human to human. https://t.co/exhH1UTGpr

The rare case is Alberta's first influenza infection of this flu season.