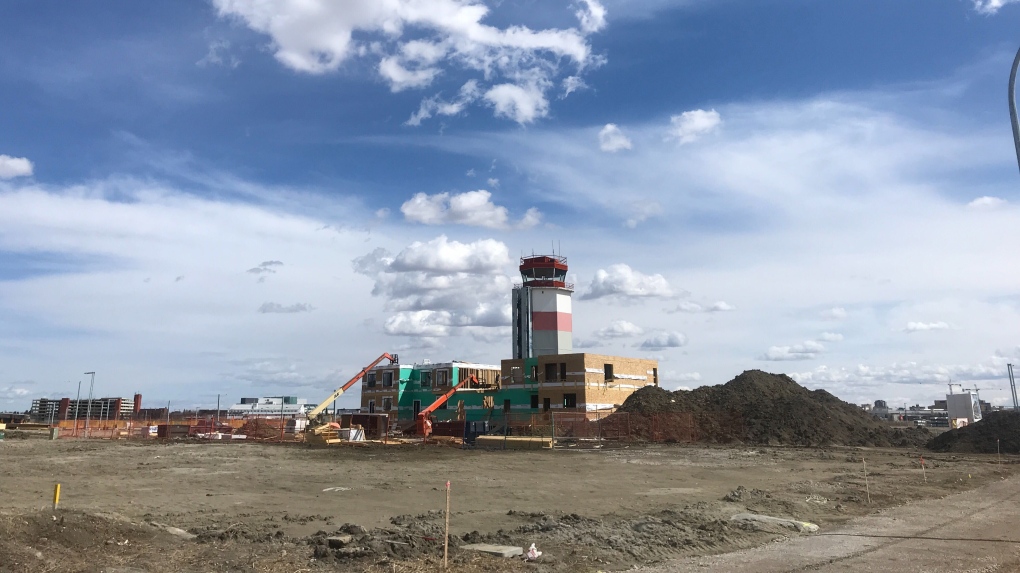 Homes are almost move-in ready in Blatchford, a major milestone for a project that has been ongoing for years. April 22, 2020. (CTV News Edmonton)

EDMONTON -- Seven years after the Edmonton Municipal Airport welcomed its final flight, the first new homes on the huge site north of downtown are nearing completion.

Three homebuilders are constructing a total of 22 units right next to the old control tower in the new Blatchford neighbourhood.

“They’re planning on welcoming residents in the next couple of months” says Tom Lumsden, development manager for Blatchford.

According to Lumsden, the construction is on schedule in the midst of the COVID-19 pandemic. 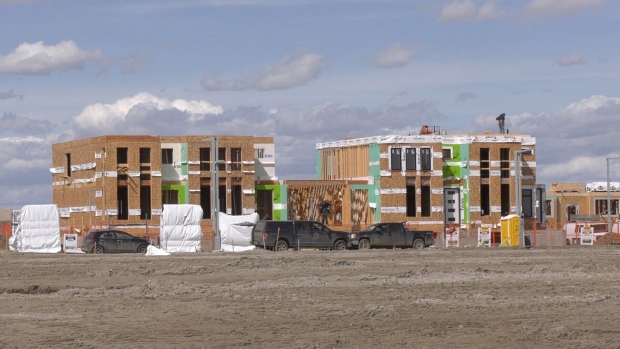 “We’re abiding by the provincial rules. The builders have mentioned they have one trade at a time, but often when you’re building a house you can only accommodate one trade anyway," he said.

Stage one of development is slated to include up to 500 homes.

“The builds will be varied depending on the market, and who is investing," said Lumsden.

The first four units, which incorporate geo-thermal heating and cooling, are expected to be occupied by early summer.

“It’s fantastic, we’re super excited to finally have somebody living there," he said. "There’s been lots of expectations, so the fact people are going to start moving in is a huge milestone.”

The city hopes to begin stage two of the 25-year-long development by early 2021 at the latest.