Flight for Canadians on board Diamond Princess 'shifted' to Friday: Global Affairs 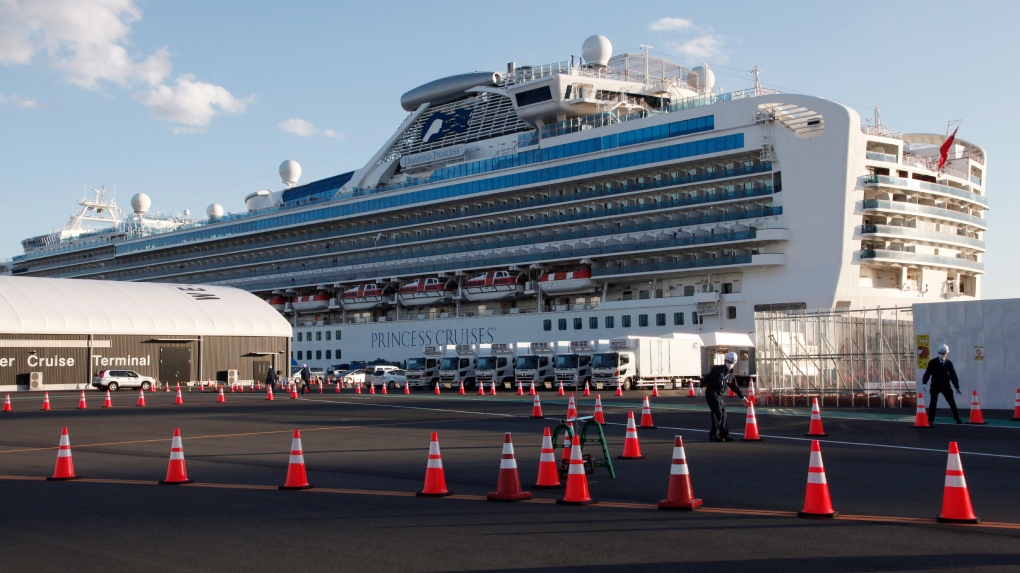 EDMONTON -- A shifting departure time for a Canadian plane in Japan doesn't bother two Edmontonians on board who still haven't heard if they tested negative for coronavirus.

"Put it this way: If we are negative, we do not want to miss the plane," Jenny Rodrigue told CTV News Edmonton in a Skype interview Tuesday evening.

"That tells me they are working to ensure that everybody is tested and they have the results before anybody – any Canadians – (leave) the ship."

Speaking from the docked Diamond Princess in Yokohama, the couple said it had been three days and four hours since they had been tested for COVID-19.

In Yokohama, it was already Feb. 19, the day a two-week quarantine was expected to end when it was first put in place.

According to Global Affairs, a departure date for Canadians will be confirmed after arrangements with the Japanese government and cruise company, Princess Cruises, are made.

The latest info is that the flight has been "shifted" to early Friday morning.

Jenny and her husband, Mark, say they've experienced none of the symptoms and are optimistic about their tests.

"(We're) not worried. It's frustrating. It's going to be a total holiday in confinement," Mark said, referring to the quarantine they're expected to be placed in if allowed to return to Canada.

"But if we are tested positive," Jenny added, "We'll just go with the flow and hope for the best."

No passenger who contracted the illness on the ship has died from it yet.

Of about 250 Canadians on board the Diamond Princess, 43 have tested positive.