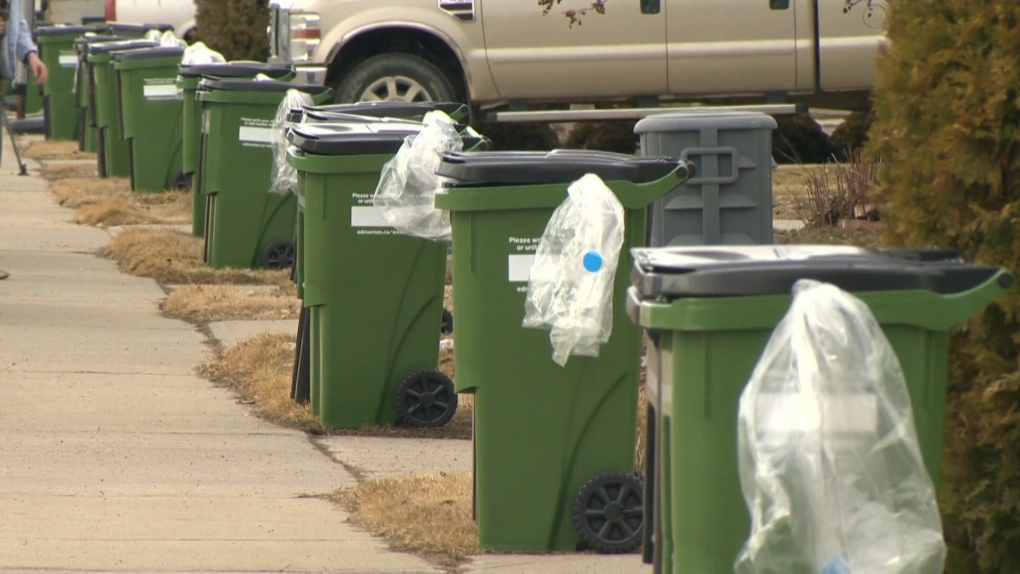 Edmonton residents are off to "a strong start" in reducing their collective garbage load, but there's still more waste that can be diverted, a city report found.

Since then, early data found that landfills received about 30 per cent less trash. Residents in single units were not required to sort organic waste before 2021.

“Edmontonians have adapted well to setting out their carts and have made significant strides in sorting their waste," said the City of Edmonton's Jodi Goebel in a Thursday news release.

“When residents take the time to separate their food scraps and yard waste, we can make sure it’s processed into beneficial products like electricity and compost."

Edmonton expects to collect about 60,000 tonnes of organic waste in 2022 when all residents have their carts for a full year.

The report also found that black garbage carts could be 30 to 40 per cent less full with better sorting from residents, so the city will focus its efforts in 2022 on increased public education.

Since the changes, city workers wrote roughly 40,000 "oops tags," with feedback on how better to set out carts. But by December, the city determined 98 per cent of carts were being left correctly.

The city program had an "oops" of its own last summer when 13,000 homes in southwest Edmonton didn't have their waste picked up. City workers and trucks were deployed to complete that work and all costs were recovered from the contractor.

New waste collection calendars for 2022-23 will be mailed out in March.

The city also has an app with sorting tips and collection calendars.

A 31-year-old disabled Toronto woman who was conditionally approved for a medically assisted death after a fruitless bid for safe housing says her life has been 'changed' by an outpouring of support after telling her story.

Russia asserted Saturday that its troops and separatist fighters had captured a key railway junction in eastern Ukraine, the second small city to fall to Moscow's forces this week as they fought to seize all of the country's contested Donbas region.

Federal Conservative leadership candidate Patrick Brown says calling social conservatives 'dinosaurs' in a book he wrote about his time in Ontario politics was 'the wrong terminology.'

The Supreme Court of Canada’s ruling allowing the Quebec City mosque shooter to be eligible for parole after 25 years is raising concern for more than a dozen similar cases.

A seven-person civil jury in Virginia will resume deliberations Tuesday in Johnny Depp's libel trial against Amber Heard. What the jury considers will be very different from the public debate that has engulfed the high-profile proceedings.