Football field-sized load to travel north from Edmonton next week 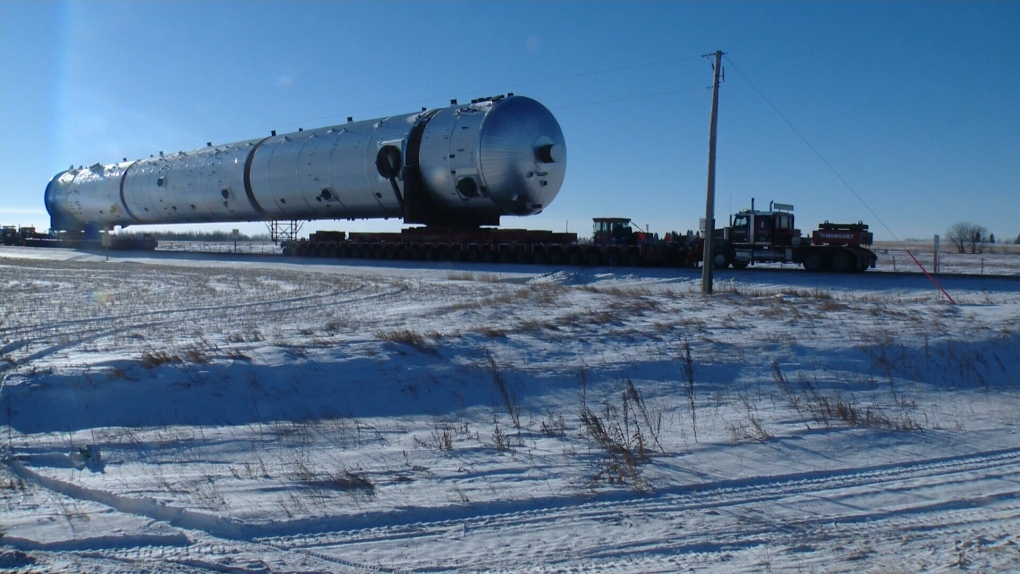 EDMONTON -- A shipment as long as a football field and as tall as a telephone pole will travel from Edmonton to northern Alberta starting Sunday.

The 96-metre-long vessel will take a week to reach its destination north of Fort McMurray, the Government of Alberta said.

It will travel on the following roads:

The vessel is used to treat water for Oilsands steam generators, the province added.

The province said the shipment will travel below the speed limit, occupy all lanes including the shoulder, and stop periodically, causing delays for other drivers.

It is scheduled to arrive at its destination on Feb 1.

The itinerary is as follows: