'For Christ sake, they should slow down': Highway worker in critical condition after crash

'For Christ sake, they should slow down': Highway worker in critical condition after crash 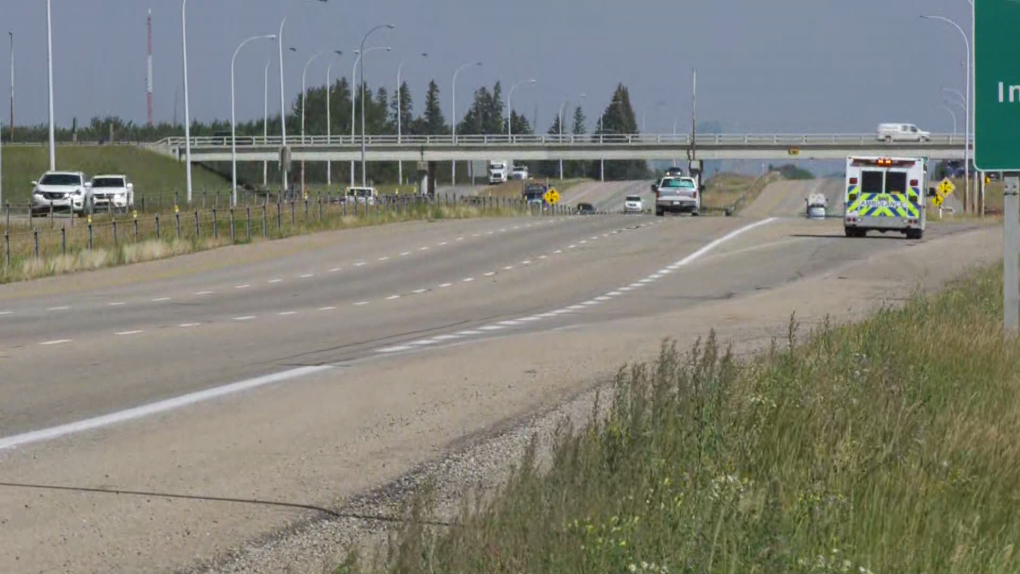 A highway maintenance worker suffered critical injuries after he was hit in the area of Highway 16A near Highway 60 on Aug. 15, 2022.

A highway maintenance worker was taken to hospital after a crash on Monday evening.

The 62-year-old man, who is a contract employee, was in the middle of the road cleaning up debris at Highway 16A near Highway 60 in Parkland County when he was struck by a vehicle.

He was injured severely and taken to hospital.

The driver of the vehicle was not injured and remained at the scene.

Alcohol is not a factor in the crash, according to RCMP, and investigators are still determining whether charges should be laid.

A GoFundMe page set up by a family friend identifies the victim as Calvin Mineault.

Mineault was an employee of EMCON, a company that contracts highway maintenance workers in B.C., Alberta and Ontario.

The company’s president spoke to CTV News Edmonton about the crash on Tuesday.

Frank Rizzado says the worker was removing wooden debris from the middle of the highway at the time of the crash.

“Here we have one of our employees trying to make it safer for the travelling public, and they get impacted and injured by one of the members on the road.”

He told CTV News Mineault suffered broken knees and hips, injuries to internal organs, and a concussion. He remains in critical condition.

He has a message for drivers.

“We want to get out there to the travelling public that for Christ sake, they should slow down,” he said, visibly upset.

“Maybe what we should have done is left the wood on the highway and someone could have been killed. He went out to remove it to make it safer, and he got struck.”

Rizzado says all of EMCON’s trucks are equipped with amber flashing lights.

Operational Health and Safety is investigating.

Many trapped in Florida as Ian heads toward South Carolina

Rescue crews piloted boats and waded through flooded streets Thursday to save thousands of Floridians trapped after Hurricane Ian destroyed homes and businesses and left millions in the dark. The destruction began to come into focus a day after Ian made landfall in Florida as one of the strongest hurricanes ever to hit the U.S.

The RCMP says Jeremy MacKenzie's arrest was not influenced by Conservative Leader Pierre Poilievre's request to have the Mounties look into comments about his wife.

Quebec's immigration and labour minister claims that newcomers to the province "go to Montreal, don't work, and don't speak French," though he later tweeted he expressed "his thoughts badly."

FinTok: How TikTok is changing financial literacy in Canada

Financial TikTok – or FinTok – has become one of the most popular trends on the platform, and is emerging as a go-to resource for Gen Z and millennial audiences looking to learn how to invest, budget or even spend more wisely.

Russia to annex more of Ukraine on Friday at the Kremlin

Russia planned to annex more of Ukraine on Friday in an escalation of the seven-month war that was expected to isolate the Kremlin further, draw it more international punishment and bring Ukraine extra military, political and economic support.

A rift has emerged in the Danish royal family following a decision by Queen Margrethe to strip four of her eight grandchildren of their royal titles in order to "future-proof" the monarchy.

What may be the broadest and longest study to date has found Canada's Arctic Ocean is growing more acidic up to four times faster than any other sea on the planet.

Diabetes risk twice as high for those who feel lonely: study

People who feel lonely are twice as likely to develop Type 2 diabetes, according to a new Norwegian study that analyzed data collected from more than 24,000 people over more than 20 years.