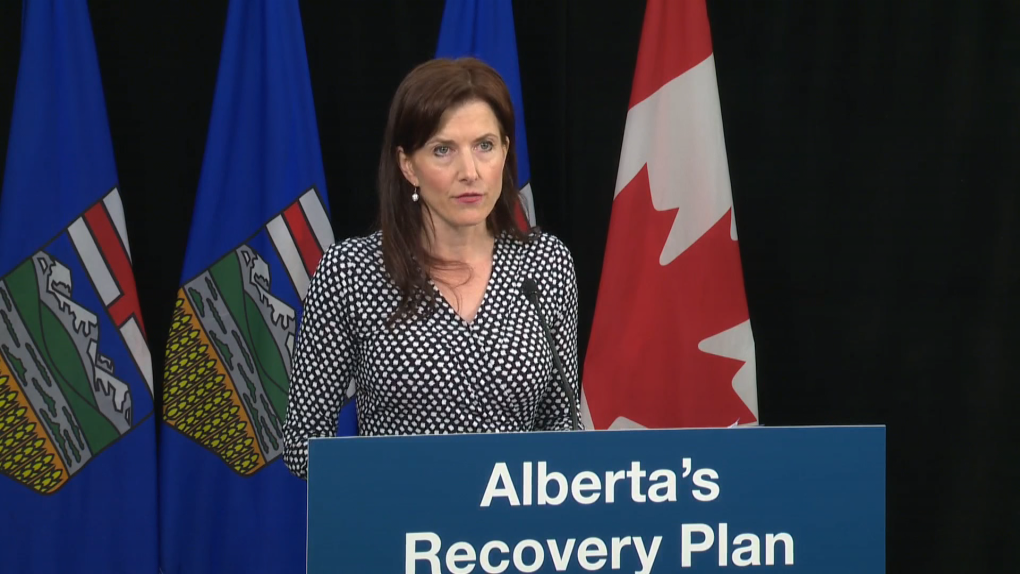 Tanya Fir, Alberta's minister of economic development, trade and tourism, announced a bill that would work to bring in more international investment to the province. July 7, 2020. (CTV News Edmonton)

EDMONTON -- The provincial government introduced a new bill Tuesday that would see a new agency promote Alberta to the world to attract investors for a number of industries.

Bill 33, or the Investment Attraction Act, would create the Invest Alberta Corporation to showcase the province and bring international investment and create new jobs in Alberta's energy, agriculture, tourism and technology sectors.

"The agency will directly target the largest and fastest-growing firms for strategic discussions about moving teams, divisions and corporate headquarters to Alberta based on the structural competitive advantage our economic plan provides to them in the lowest tax market in Canada, the youngest and most educated talent pool, a low cost of living, affordable property and office space, and world-leading quality of life," said Tanya Fir, Alberta's minister of economic development, trade and tourism.

They want to do business with the likes of London, New York and Hong Kong, Fir said, and have further solidified their relationship with Houston, Texas.

"Texas is Alberta's second-largest export market in the United States and it is vital that we have an in-market presence to lead Alberta's efforts to expand our commercial ties to the region," Fir said.

Rodney was the MLA for Calgary-Lougheed before Kenney, and has also served as Alberta's representative to the Council of State Governments in the West and Midwest regions.

"He will be working to help revitalize and promote Alberta's energy sector since our province is a major supplier of energy resources to Texas and the United States," Fir said.

"He will also seek out business opportunities to expand Alberta's emerging sectors, including advanced technologies, health sciences and aerospace and aviation."

A public board would oversee the Invest Alberta Corporation, which would cost the Alberta government $6 million annual over the next three years.