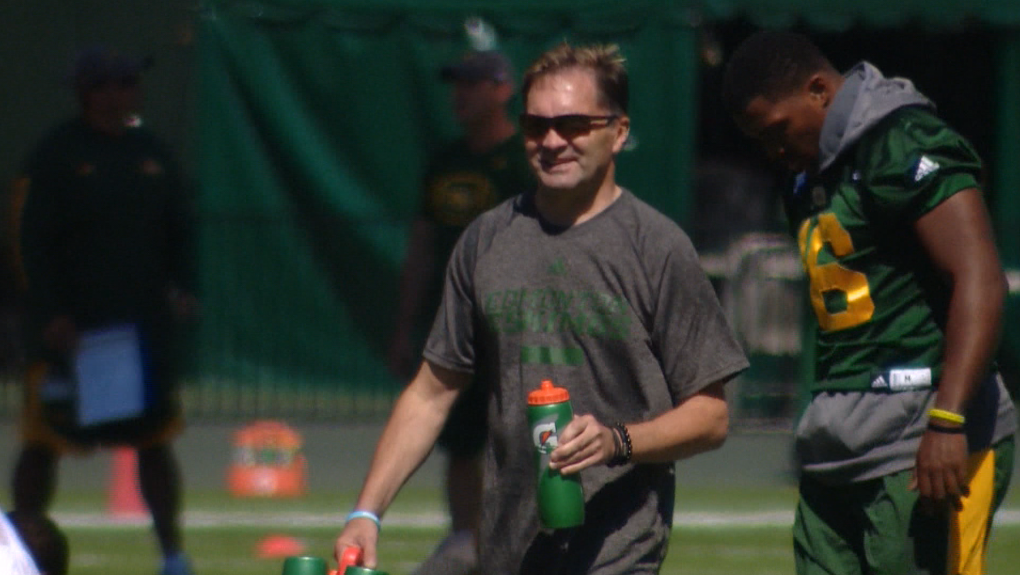 EDMONTON -- The next time you visit a certain golf course west of our city you might just run into an Edmonton Football Team legend.

Dwayne Mandrusiak has now joined The Ranch Golf and Country Club as a course ambassador.

Mandrusiak was previously with the Edmonton team for nearly half-a-century before being dropped by the team in September.

Murray McCourt, general manager and executive golf professional at The Ranch Golf and Country Club, said in an interview with CTV News Edmonton that he has been friends for years with Mandrusiak.

“He’s such an amazing guy and friendly person who is well known in the community.”

McCourt added that Mandrusiak is a huge golf fan and that working at The Ranch is a “perfect fit.”

“He’s a big golfer, he loves to play golf,” Mandrusiak said. “For him to be able as part of his next chapter be apart of our team... is going to be great for him in his next phase of his life.”

“Dwayne is an absolutely perfect person to be an ambassador for our golf course.”

The Ranch Golf and Country Club says Mandrusiak only works on Saturday and yesterday was his first day.