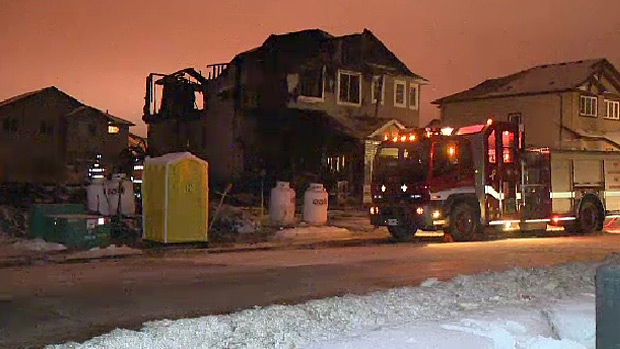 Fort Saskatchewan fire crews were called out to a blaze at West Park Drive and Woodbridge Link Friday evening.

Fire officials have said a blaze in Fort Saskatchewan over the weekend is estimated to have caused $2.5 million in damages.

The fire destroyed six duplex units, which were under construction.

They stayed on the scene until 3:30 a.m. Saturday.

There were no injuries reported.

The cause of the fire is still under investigation.