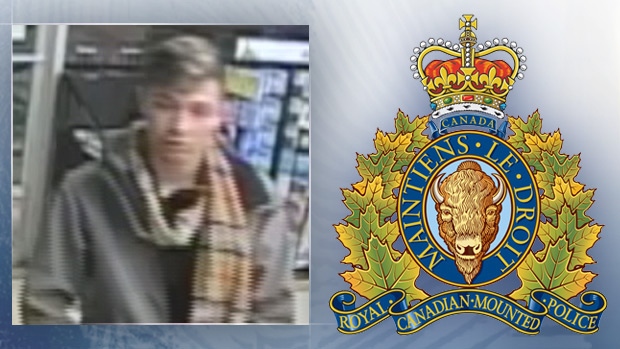 RCMP said this man was involved in stealing a 2015 Ford Escape in Fort Saskatchewan on Tuesday, March 27, 2018.

Fort Saskatchewan RCMP are asking the public to help them find a stolen vehicle stolen on Tuesday morning.

Police responded to a carjacking of a white 2015 Ford Escape near the Tim Hortons on 88 Avenue at 4:28 a.m.

A woman offered two men a ride to a gas station after their vehicle allegedly broke down near Walmart, RCMP said.

The victim pulled over on 88 Avenue and escaped with minor injuries after she was threatened with a knife, police said.

Mounties said the two men may have fled to Edmonton in the Ford Escape with Alberta license plate EMV 843.

One of the thieves was wearing a grey coat, scarf and blue jeans, RCMP said.