Four men flee from police in vehicle, crash against pole in north Edmonton 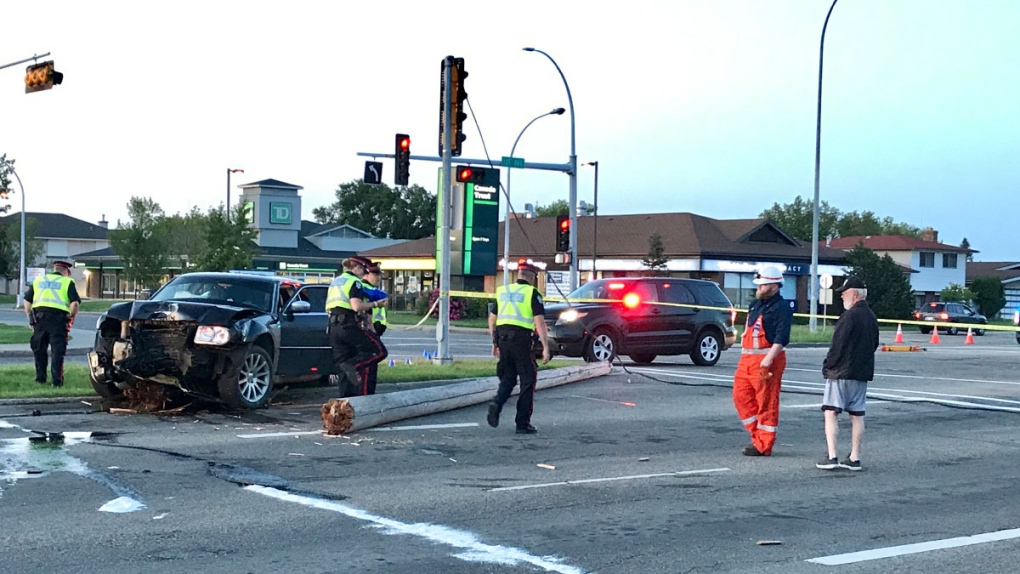 A vehicle hit a pole in north Edmonton, and one person was taken to hospital.

A vehicle with four men inside crashed against a pole in north Edmonton Thursday night after fleeing from police.

Officers attempted to pull them over in the area of 140 Avenue and 94 Street at approximately 8:45 p.m. Police said they fled, and officers did not pursue them.

Approximately 15 minutes later, police said that same vehicle hit a post in the area of 93 Street and 137 Avenue.

Police said three men fled and one stayed on scene. He was taken to hospital with non-life threatening injuries and arrested on unrelated charges.

The crash is under investigation.