Four years later, the Coliseum stands but the neighbouring community has moved on 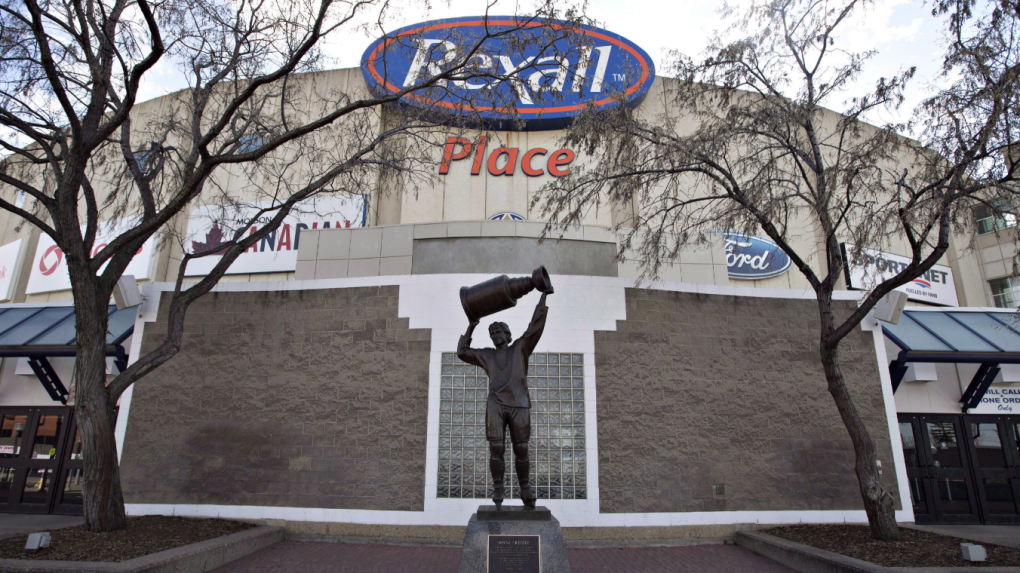 The Wayne Gretzky statue stands in front of Rexall Place home of the Edmonton Oilers in Edmonton, Alta., on Saturday April 2, 2016​ (THE CANADIAN PRESS/Jason Franson)

EDMONTON -- Four years ago Monday night hockey fans made their final pilgrimage to "the house that Gretzky built."

Patrick Maroon scored twice, Taylor Hall and Connor McDavid both had three-point nights, and the Oilers beat the Vancouver Canucks 6-3 to bring the curtain down on a building that had witnessed some of hockey's greatest talents.

Charlie Barz is among the fans who were sad to see the team leave the building, and the community. The former season-ticket holder operates Eastwood Auto Body, a family-run business that's been at 118 Avenue and what's now called Wayne Gretzky Drive since 1962.

"When we first started here this was a gravel road, there was no Coliseum," Barz said. "My kids used to park cars here for the Oilers. It was a great thing."

"It’s almost sad to see that Coliseum disappear. It seems like such a waste because it seems like it’s still a pretty decent building."

A decent building, once home to some of history’s best hockey players, now largely stripped of its usefulness, and reduced to being now a hollow anchor in a neighbourhood that’s moved on. 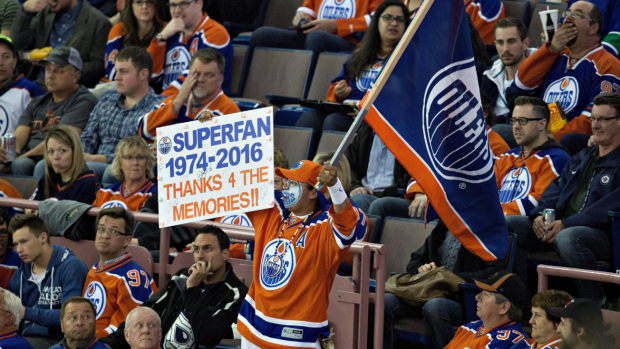 'HARD TO BELIEVE IT'S BEEN FOUR YEARS'

Now in his 13th year as director of the Alberta Avenue Business Association, Joachim Holtz has been a community mainstay.

"I’ve seen a lot of things change in the time I’ve been here," he said. "It's hard to believe it's been four years."

Arenas and stadiums are often depicted as drivers of a local economy. But, like Barz, Holtz says the area has been holding its own since the team left, notwithstanding the ongoing COVID-19 pandemic.

"Did we see a whole bunch of businesses close at that time? No,” he said of the area's post-Oilers era.

"We saw a bit of a dip in sales but there was a small decrease."

He says the area’s independent, family-run businesses felt the team’s loss on their bottom lines, but that they’ve also since learned to manage without thousands of arena goers coming to their community.

"There was no mass closure of businesses or anything like that," he said.

Like business, crime in the area appears to be mostly unaffected by the team's departure. 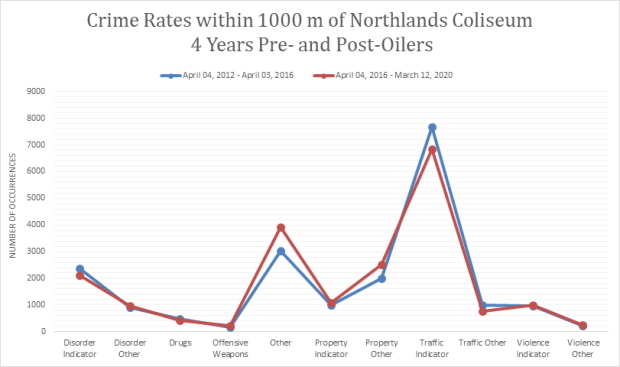 The above graph was provided to CTV News by the Edmonton Police Service who analyzed crime patterns within a one-kilometre radius of the Coliseum and compared the situation before and after the team left.

Disorder and traffic crimes were slightly higher when the Coliseum was still hosting events, but not by much and the frequency of other criminal activity was comparable before and after the last game there.

Over the last four years, the future of the Coliseum and the land it occupies has only grown murkier.

"We’re all waiting to see what the city’s going to do,” Holtz said. “We haven’t heard anything as of late.”

The building is now rarely used and has been stripped of many of its seats which were sold off by the city to nostalgic fans. Renovations plans have fallen through and the gutted building continues to sit empty.

The neighbouring Expo Centre is now being used as an overflow homeless shelter amid COVID-19 pandemic.

The city is still determining what to do with the area.

The coronavirus has changed things, but both Holtz and Barz say the vacant arena and the land it occupies are full of potential.

"A lot of apartments and more community would be good for everybody," said Barz.

"I think eventually they’ll have to implode that building, or turn it into a golf dome."

Until the city takes action on its future, the arena's doors remain closed, open only in the memories of fans and the community.