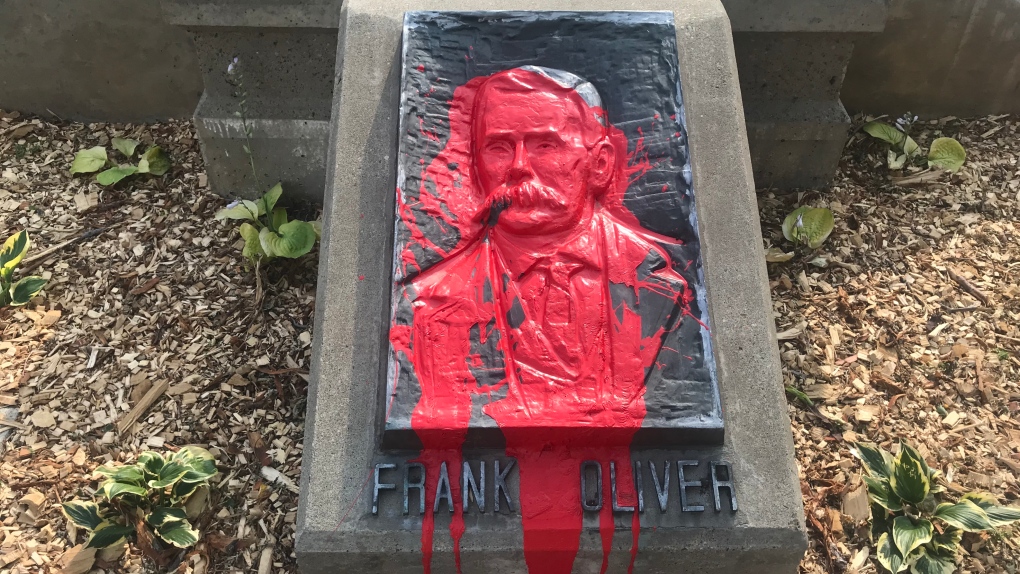 An often-vandalized memorial featuring the face of former MP Frank Oliver will no longer be displayed in front of Edmonton's Fairmont Hotel Macdonald.

The plaque was removed by city crews on June 10 as part of general maintenance in the area and a decision has been made to not put it back.

Oliver served as minister of the interior between 1905 and 1911 when the federal government enacted a number of policies targeting Indigenous land rights and restricting immigration.

"The city is committed to reconciliation with Indigenous nations and therefore we have no plans to replace the plaque of Frank Oliver," city spokesperson Mary-Ann Thurber told CTV News Edmonton Thursday.

"No decision has been made about what will happen to the bas-relief image."

The plaque had been covered in red paint at least twice in the last two years.

The controversy surrounding honouring his namesake heated up in 2020, leading the Oliver Community League to request that Edmonton rename the neighbourhood. In 2021, a shopping centre dropped "Oliver" from its name.

Thurber said the city is currently drafting a new policy for statues and memorials, which will be presented to council later this year.

"That policy will outline how the city supports the commemoration and recognition of individuals, events and organizations to ensure we stay up-to-date with and are reflective of our diverse and inclusive community values," Thurber wrote.

Local statues of Emily Murphy and Winston Churchill have also been smeared with red paint. 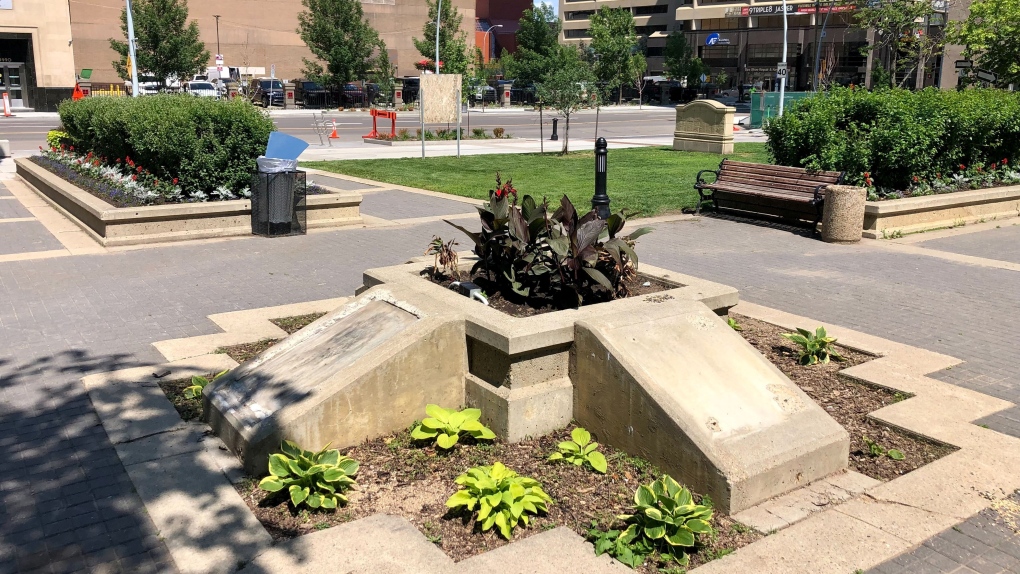 The spot where a Frank Oliver plaque used to be displayed on Jasper Avenue and 100 Street (John Hanson/CTV News Edmonton).

Newly disclosed documents show federal intelligence officials warned decision-makers that the police dispersal of 'Freedom Convoy' protesters in Ottawa last winter could prompt an 'opportunistic attack' against a politician or symbol of government.

Canadian department store Zellers hopes to make a comeback next year, a decade after the discount chain shuttered most of its locations.

The proportion of Canadians who predominantly speak French at home declined in all provinces and territories except Yukon between 2016 and 2021, according to the latest census release.

Increased loneliness, isolation a side effect of inflation for Canadian seniors

Canadian seniors are being forced to make tough choices, cutting out frills and nice-to-haves in the face of near 40-year-high inflation rates. But older adults also face a unique, less-talked-about challenge — the increased social isolation that experts say often occurs as a result of high inflation.

A large fire that broke out in a railway arch in Southwark, central London, on Wednesday morning was under control by midday, the London Fire Brigade (LFB) said.

Much of the B.C.’s South Coast is under a heat warning with temperatures expected to soar.