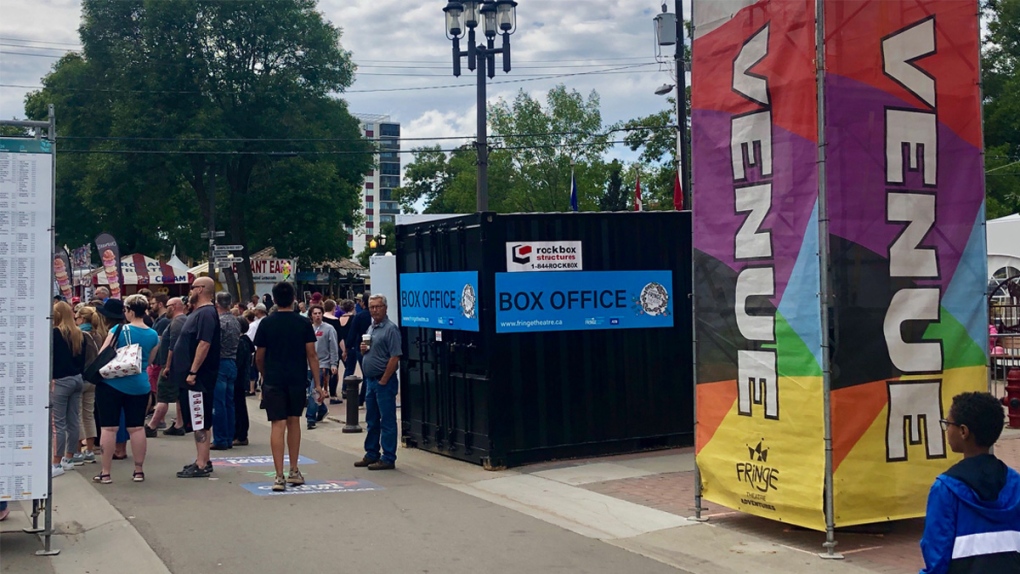 EDMONTON -- Edmonton Fringe Theatre Festival organizers are hoping to raise $1 million during a telethon in absence of a live event this summer.

Edmontonians have been asked to spend their average Fringe budget on tickets to "The Fringe that Never Was" on Aug. 5.

A third of the proceeds will go to the Edmonton Fringe Artist Endowment to support artists in the future.

The day-long show, broadcast from the Westbury Theatre at the ATB Financial Arts Barns, will consist of interviews, live music, and Fringe personalities taking pledges from supporters.

The rest of the money raised will be used to maintain the organization’s day-to-day operations and ensure the festival returns in 2021.

Organizers said having to cancel due to COVID-19 will cost Fringe about $3 million.

"This directly affects the tireless behind-the-scenes workers and staff, and the 1,600 out-of-work artists dependent on ticket sales that annually generate over $1 million in sales. Support from previous audiences, fans, businesses, media, and the whole Edmonton community has never been more needed."

During Aug. 13-23, when Fringe was originally scheduled to run, a number of online events have been scheduled, including digital shows, interviews and the Friday Night Fire Show, as well as a backyard "Bring Your Own Beer Tent" and rock concert contest.

More information on the Tears, Beers & Tickets You'll Never Use fundraiser can be found online.

Fringe Festival was cancelled in April.