From 122nd to 1st: Edmonton BBQ sauce named best in the world at Kansas City competition

EDMONTON -- Edmonton may be known worldwide for the Oilers and its former dynasty, a once thriving oil industry and one of the largest urban parks in the world... but what about barbecue sauce?

Yes, just when you think the City of Champions wasn’t anymore, along comes Motley Que.

The local maker of BBQ sauces and seasonings recently competed at the prestigious American Royal World’s Series of Barbecue in Kansas City.

When a team of judges tasted their sauce, Motley Que was named best in the world.

“We were just stunned," co-owner Jess Semack said. "We always want to do well but we were really blown away that we won best overall barbecue sauce on the planet." 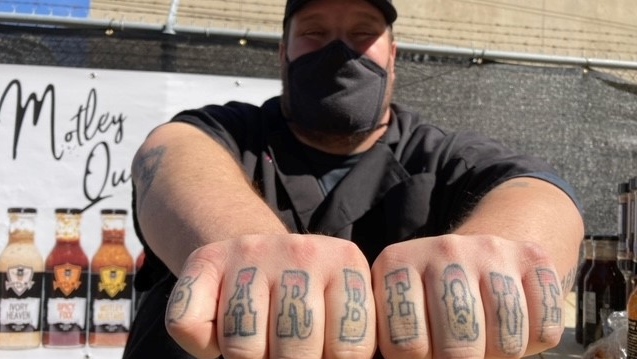 Their last time at the event, the company finished 122nd overall. Now, suddenly, they can claim the world title and receive their trophy when they hopefully travel south to Kansas City in September.

“It's really exciting to have this kind of credibility here in Canada where we are working to propel the culture of barbecue,” Semack added.

Yes, she did say “culture." For Semack, BBQ is more than making a piece of grilled meat, or vegetable, taste better. It’s about family, togetherness and friends sharing recipes. “Who says no to going to a barbecue?” She added.

Makes sense, when you’re the best BBQ sauce on the entire planet.