From a pirate cannon, to Tiki statue, Edmontonians get inventive to deliver Halloween treats

EDMONTON -- Be warned when hunting for trick-or-treat locations this pandemic Halloween.

“Fire in the hole!” yells Travis -- a.k.a. 'Pirate Jack' -- as he prepares to fire a three-shot volley of potato chip bags towards the sidewalk of his quiet cul-de-sac.

In hopes of keeping the spirit of trick-or-treating alive this autumn, Travis built his very own cannon from spare wood, PVC pipe and foam found in his garage. 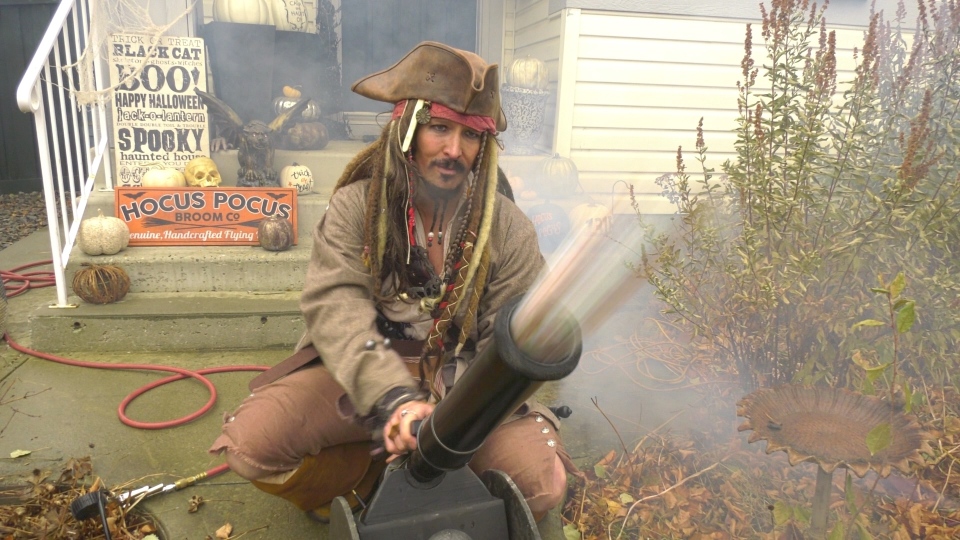 “I have an air hose running from my compressor in the garage and then I have a pressure valve on the end to see how much Psi I am putting into it."

While 'Pirate Jack' does the actual aiming and launching, his wife Julie -- or 'Pirate Angelica,' as treaters will hear -- is in charge of stuffing the cannon full with with bags of chips to be launched more than 40 feet over the couple's headstone-and-gargoyle-filled lawn. 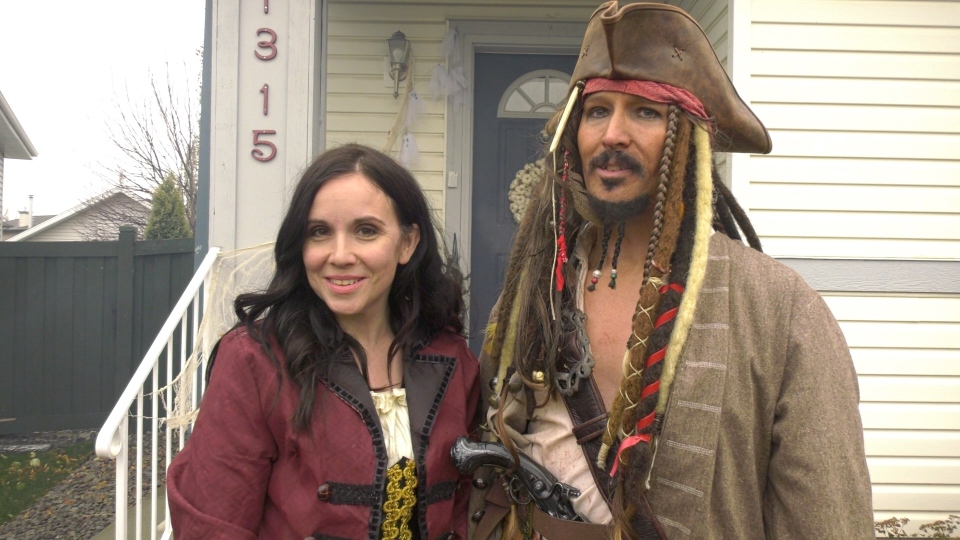 “There’s been so many little things that are disappointing this year so we thought we can do this and abide by the regulations, but we can have fun, too. And maybe we’ll get a few more trick-or-treaters because of it," Julie said.

The Halloween creative spirit has also come to life near Southgate mall, where a plane has crashed into a tropical paradise, leaving parachute strapped skeletons hanging from trees. 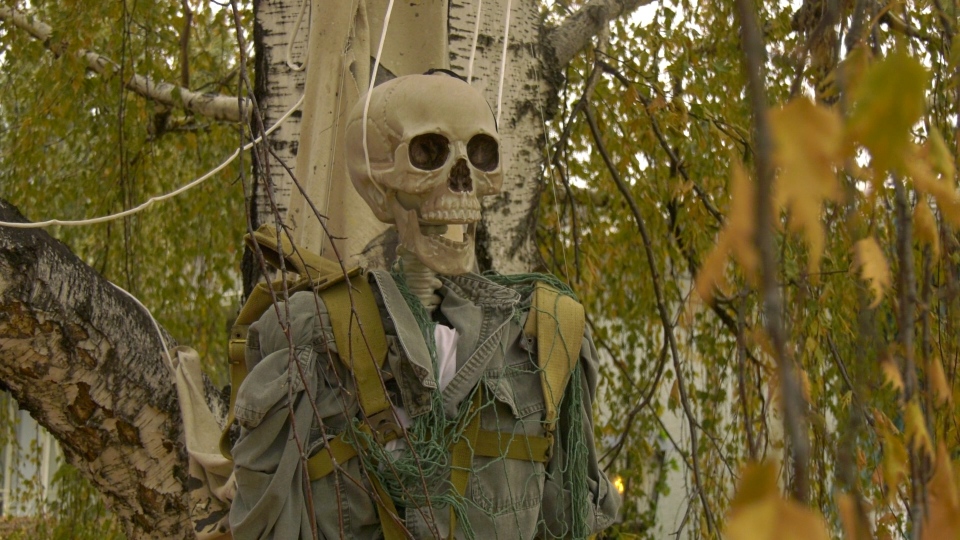 Nearby, a dark and foreboding seven-foot statue seemingly keeps strangers from getting a closer look.

But those who do venture closer and show enough courage to press a small foot pedal will be rewarded with the dropping of a treat-and-mask filled canister from the statue's oversized mouth.

“I just got this idea in my head of a vending machine, an automated robot that spits out candy and lets the kids grab their trick or treat without having to come into contact with anyone," Kendrick explained. 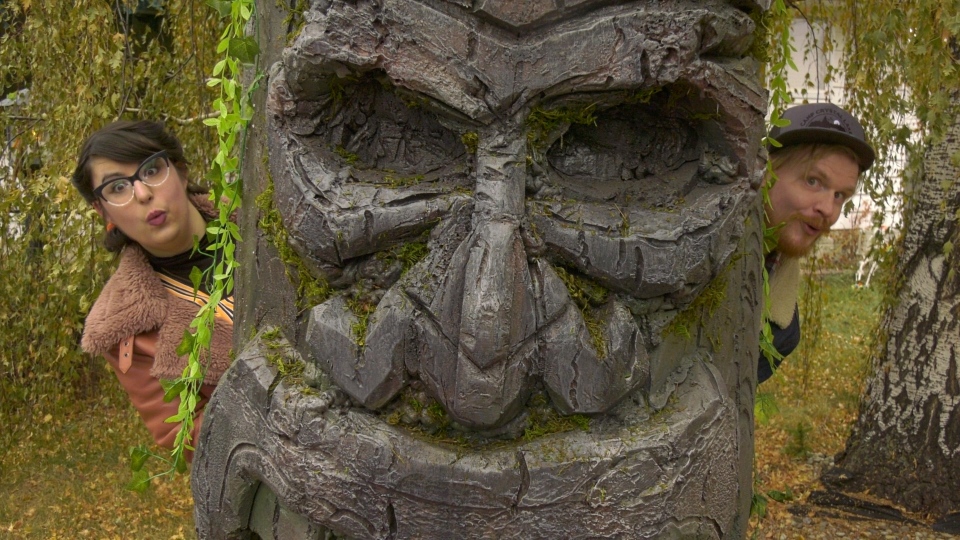 "Keep it safe and keep it fun and novel."

The statue is run by a water wheel of sorts, powered by a used windshield wiper motor. The exterior is built out of styrofoam, carved into realistic looking stone.

“Its a Tiki totem on a forbidden island. That’s our theme for all this."

Both the statue and cannon not only show how physical distancing is possible on Oct. 31, but prove how a little extra Halloween creativity can make for a delightfully creepy and rewarding trick-or-treating experience.