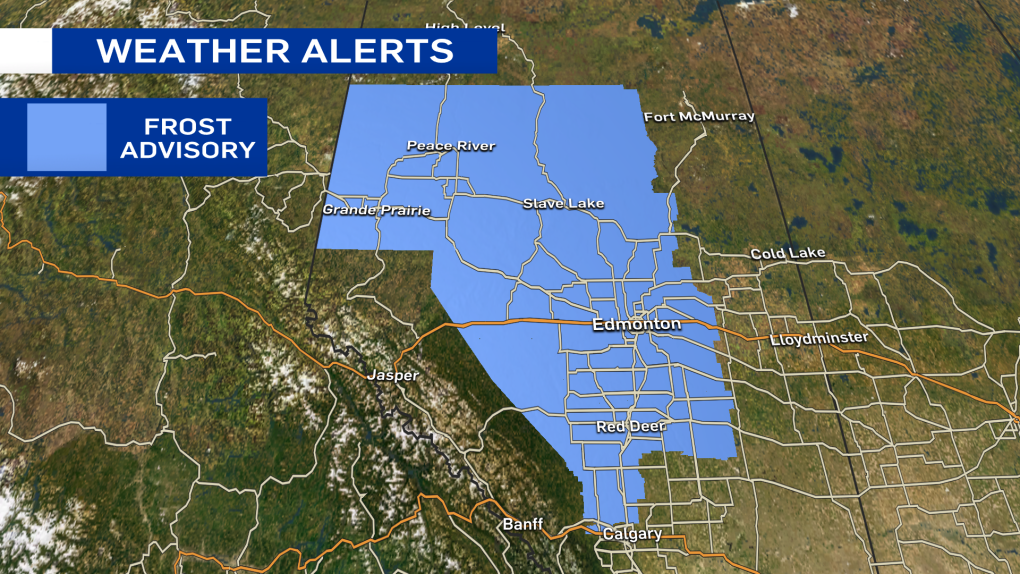 EDMONTON -- Temperatures are set to to drop near or slightly below zero early Wednesday morning in much of central and northwestern Alberta.

Clear skies, cool afternoon temperatures and wind easing overnight will create the perfect conditions for the mercury to plummet.

The city of Edmonton is included in a Frost Advisory issued by Environment and Climate Change Canada. However, most areas inside the Anthony Henday Drive should stay just above the freezing mark (with the exception of low-lying areas like the River Valley, etc.).

Temperatures in the suburbs will be in the -1 to +2 C range early Wednesday.

ECCC’s Frost Advisory is in effect for areas from the Peace Country east to Wabasca and south to the Airdrie area.

The advisory stretches from Edson in the west to Vegreville in the east.

A few spots within that zone could see a killing frost overnight with temperatures dipping 3 to 5 degrees below zero.