Frost advisory issued for Edmonton, most of Alberta 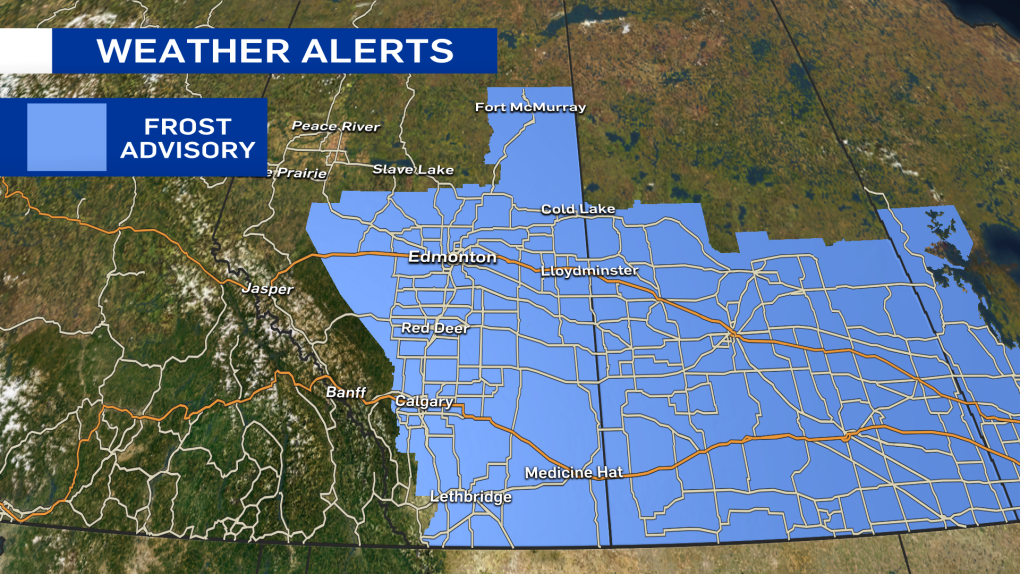 EDMONTON -- We're in for a repeat performance of the near-zero temperatures Thursday morning.

Most areas in Edmonton missed out on frost Wednesday morning. But some of the suburbs and outlying areas dipped below zero.

It'll likely be the same scenario Thursday morning despite some overnight cloud cover. Areas inside Anthony Henday Drive will probably stay a degree or three above freezing.

But the river valley, suburbs and outlying areas will probably get some frost early in the morning.

A Frost Advisory has been issued by Environment and Climate Change Canada for areas from Fort McMurray south to the U.S. border.

Areas from Edson east to Saskatchewan are also under the advisory for Thursday morning.