Fuel spill, a baby coyote and landing via cell phone: The 10 strangest incidents at EIA this summer 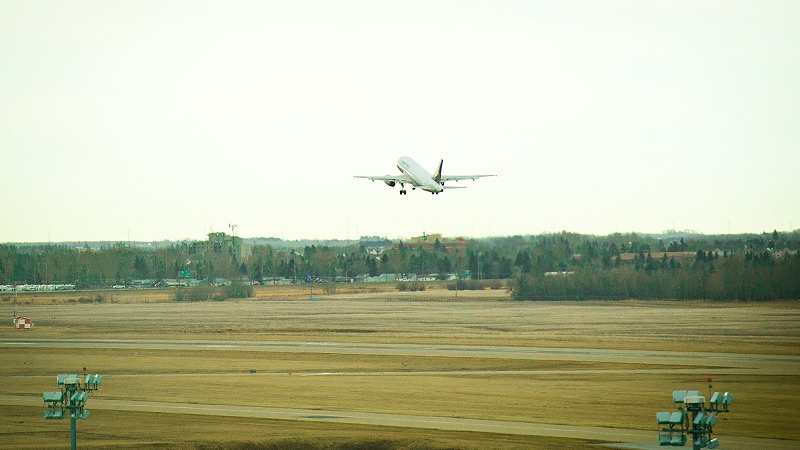 A flight takes off from Edmonton International Airport (Courtesy: EIA)

Most days, it's business as usual at Edmonton International Airport but this summer a drone sighting, an electrical failure on the runway, a fuel spill and animal encounters with foxes, coyotes and birds were among the incidents at EIA.

Most incidents involve aircrafts striking birds and didn't have a major impact on flights, but the reports give a snapshot of what staff at EIA deal with on a daily basis.

Here are 10 of the stranger incidents that happened at EIA this summer.

On June 6, the pilot of a Swoop flight about to take off for Hamilton reported seeing a baby coyote crossing the runway it was taxiing to. A truck was called to ensure the runway was clear, with the baby coyote resulting in short delays for three flights.

On Aug. 25, a Canadian North flight bound for Yellowknife from EIA reported a significant fuel spill at Gate 10 that required the fire hall to be called out.

A privately registered American Aviation plane bound for Camrose from Gowganda Lake, Ont. reported an electrical failure. Without a radio, the pilot used a cell phone to coordinate a landing and taxi at EIA.

On June 26, an emergency locator transmitter (ELT) began emitting a "strong and steady" signal that drew the attention of the Joint Rescue Coordination Centre. An investigation was launched and the ELT was later found onboard a WestJet plane and was determined to have been accidentally activated by the cleaning crew.

On July 17, a Central Mountain Air flight from Calgary was on approach when the pilot spotted a drone off the plane's right side at about 1,000 feet above ground level. No evasion action was needed but Edmonton police and RCMP were advised.

A July 19 flight from Fort McMurray had a hard landing during a thunderstorm, sustaining "structural damage" to the fuselage skin and blowing one or more of its tires. The aircraft waited for about an hour for maintenance after landing.

On July 26, an unknown aircraft entered EIA's control zone without authorization. The aircraft passed through an approach path for one runway before appearing to land in Calmar. Multiple calls from EIA tower and terminal went unanswered.

On June 18, a privately register Piper plane bound for Fort Vermilion from Wetaskiwin passed through the departure path for an EIA runway that forced a WestJet flight to change its departure plan which broke noise abatement procedures in the process.

On Aug. 22, an Air Canada Rouge flight bound for Toronto reported possibly striking a rabbit on departure, though no remains were found.

On July 3 just after 10 p.m., a duty manager had to call an electrician after part of the airport's runway lighting would not turn on. The lights were fixed and turned on about 90 minutes later.