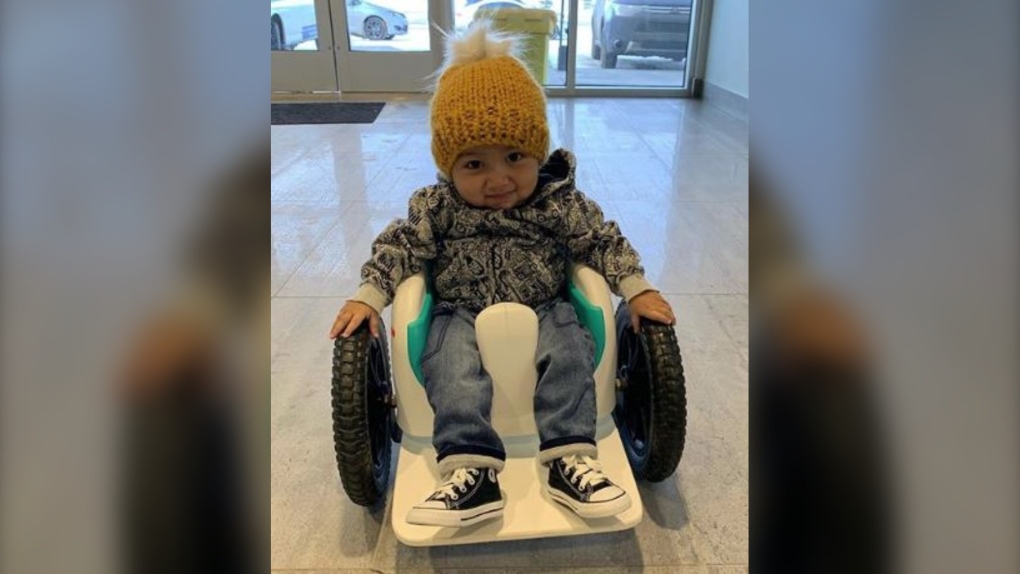 EDMONTON -- An Edmonton toddler is getting closer to a life-changing treatment.

A GoFundMe for Kaysen Martin has surpassed $1 million, one third of the total needed to pay for the one-time gene therapy treatment for his Spinal Muscular Atrophy Type 1 (SMA 1).

The treatment – Zolgensma – has been proven to halt and in some cases reverse the effects of spinal muscular atrophy. It is not approved in Canada and costs $2.8 million in the U.S.

The treatment is most effective when done before the age of two. Kaysen celebrated his second birthday on July 17 but his mother said she was told there is some "wiggle room" on the timing.

The family has also asked the province to fund the drug in Alberta.

SMA 1 affects the muscles used for lung support, swallowing, crawling, walking and head control. The disease affects approximately one in 6,000 babies, and most do not live to see their second birthday, according to the Canadian Organization for Rare Disorders (CORD).