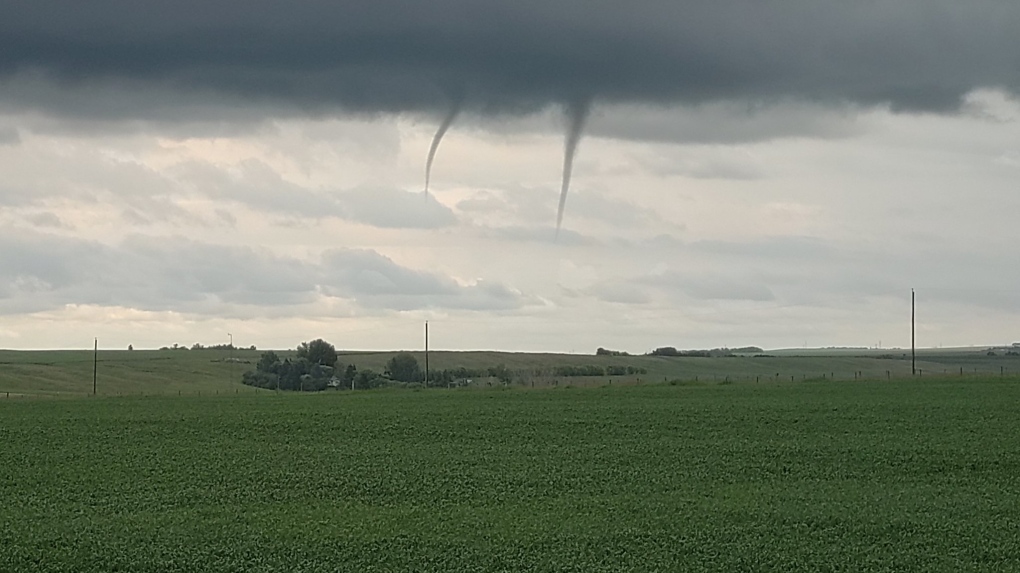 Environment Canada issued warnings in the areas south of Red Deer and around Calgary warning about the potential for funnel clouds.

Dave Boyle posted video on twitter of funnel clouds swirling near Carstairs, about an hour south of Red Deer.

Another funnel cloud was spotted near the Springbank Airport just west of Calgary.

According to Environment Canada, landspout tornadoes were possible,and while they do not usually cause significant damage, they can still be dangerous.

There have been no reports of tornadoes touching down at this time.