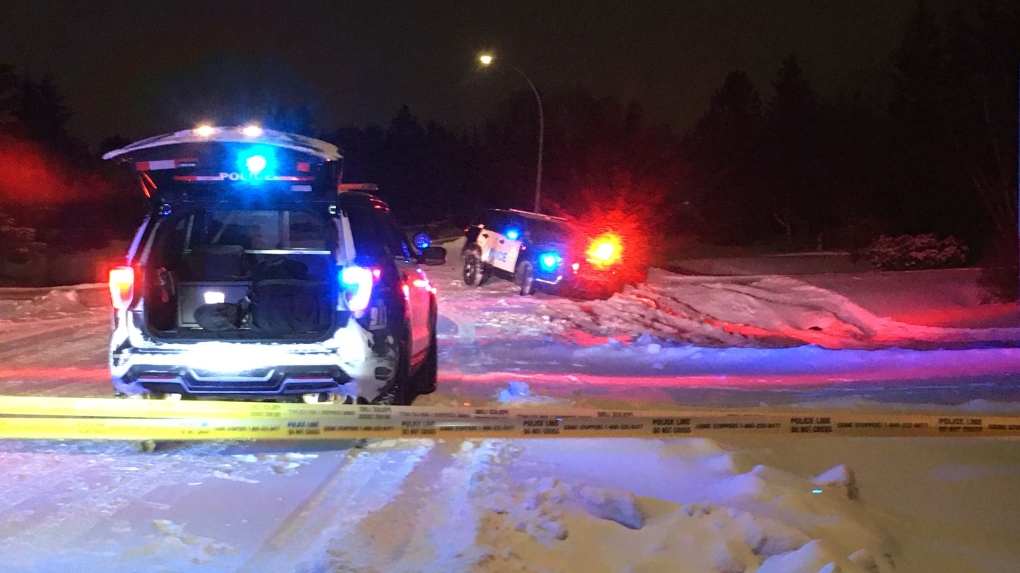 EDMONTON -- Three men and a woman have been charged in connection with a gas station robbery on Monday that resulted in a police shooting.

Edmonton police officers happened upon the break-in in progress at a gas station in Namao early Monday morning.

The police vehicle and the robber’s vehicle were involved in a crash, and the officers fired their service pistols.

Police chased the thieves in their truck to a rural subdivision, where there was another crash between the two vehicles, and police fired more shots at the thieves.

Tomalty has also been charged with two counts of attempted murder, two counts of assault with a weapon, flight from peace officer, dangerous operation, operation while prohibited and possession of stolen property over $5,000.

The Alberta Serious Incident Response Team has taken over the investigation into the police shooting.