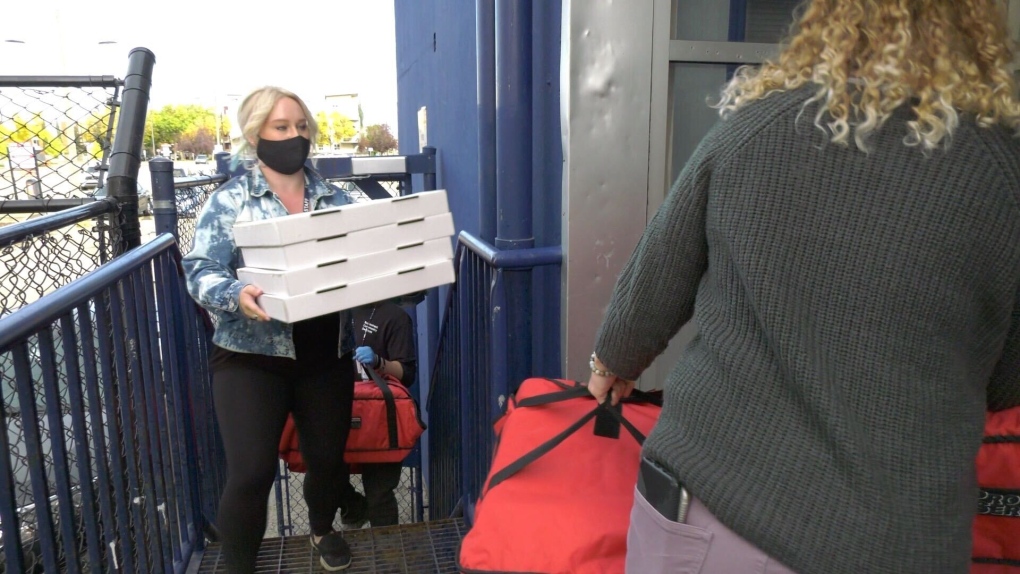 EDMONTON -- Edmonton’s homeless can expect a weekly pizza party for the next six months, thanks to a grassroots campaign inspired by a big league hockey team.

After the Knights’ playoff exit, at the hands of the Dallas Stars, the movement they started caught on.

Scott Jividen, a Golden Knights fan from Reno, Nevada heard about the goodwill gesture and wanted his team’s legacy in Edmonton to continue.

“A lot of the time they’re doing cool things for the fans, but it’s not often that the fans get to do a cool thing for the team,” Jividen told CTV News Edmonton.

After gauging interest online, Jividen contacted Tony Caruso, the owner of Panini’s Italian Cucina, who then designed an online platform to accommodate donation orders from around the world.

The campaign, which ran until Sunday night, attracted generosity from as far away as Puerto Rico.

In total 597 pizzas were ordered for Boyle Street clients, enough to keep 24 weekly pizzas coming for the next six months.

According to Caruso, of the 597 pies - over half were ordered from Nevada, with a final tally of 308 from that state. 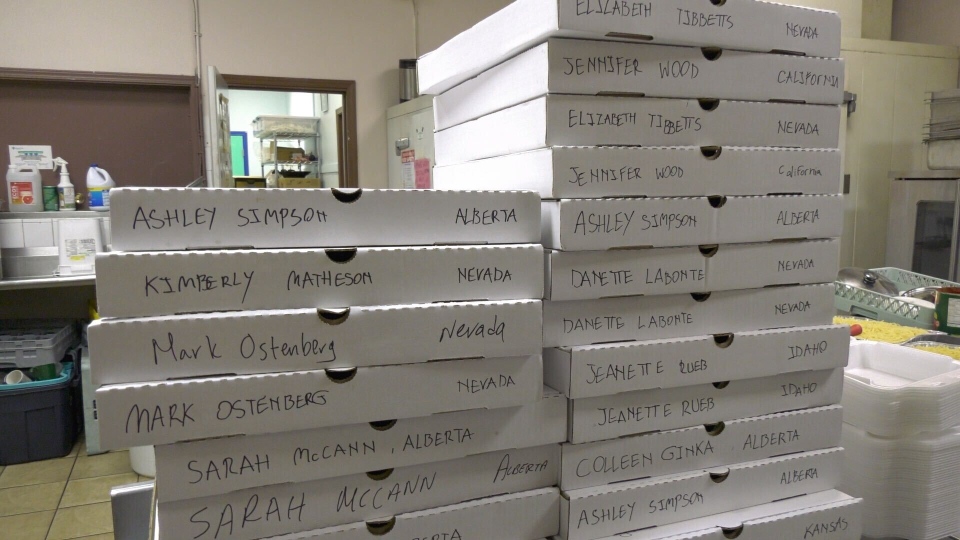 A total of 402 orders came from the United States, 191 came from Canada with 158 of those coming from Alberta. There were even four orders that came from outside Canada and the U.S.

“This campaign and the support we’ve seen in Canada, in the U.S. and internationally is just... we are so grateful for the way people have stepped up to support us in this time,” said Boyle Street Community Services’ Cassidy Green. 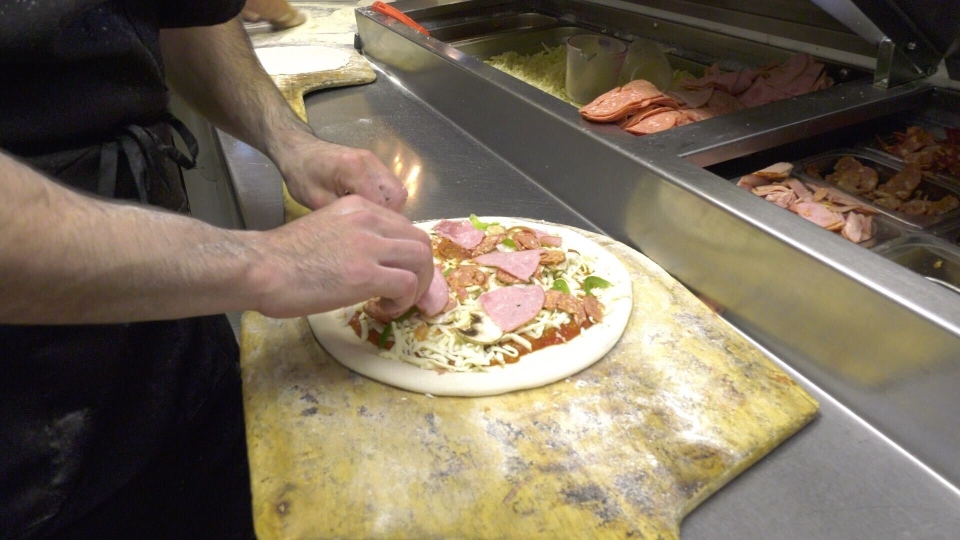 “Pizza is definitely a treat for our community, so we’re just really excited for this for the coming months,” she said.

Once the six months’ worth of pizza is gone, Panini’s owner Tony Caruso says he hopes the campaign can be resurrected.