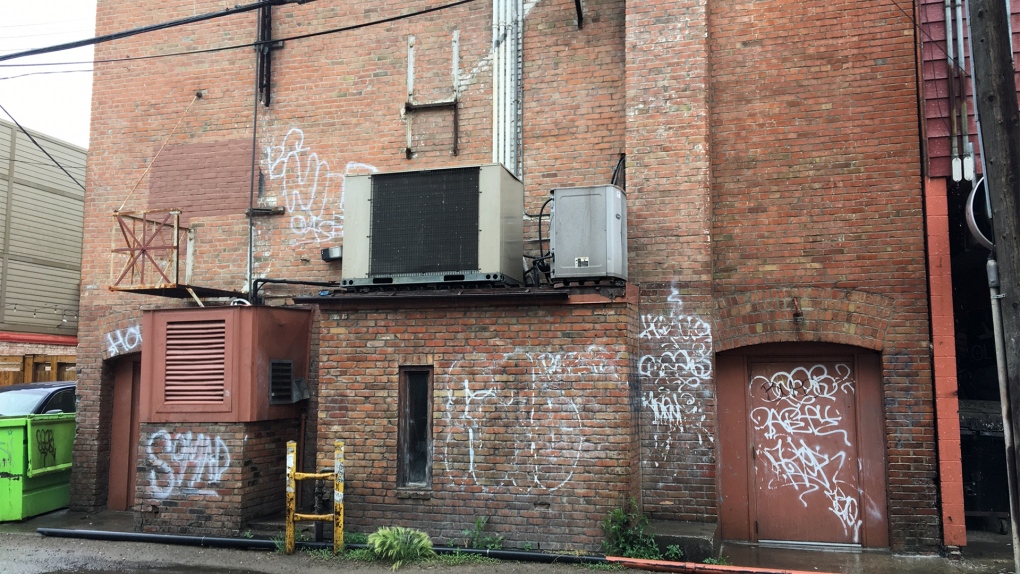 Graffiti on the Princess Theatre in Edmonton on July 1, 2019. (John Hanson/CTV News Edmonton)

Police have arrested two more people in connection to a graffiti spree in Strathcona last month that is believed to have caused around $1 million in damage.

Investigators said they received a tip that led them to execute a search warrant at a home at 87 Street and 80 Avenue.

According to police, they found a few hundred cans of spray paint, paint pens and other related items during the search.

“We are grateful to the public for coming forward with information critical to this investigation,” says Sgt. Michael Keef, of the EPS Whyte Avenue Beats team. “These are people who are committed to our community, people who are proud to live here.”

In June, Devon Acuna, 22, and Connor Hawkins, 22, were also arrested and charged with five counts of mischief over $5,000 in connection with the graffiti.

The Princess Theatre, Block 1912 and the Strathcona Farmer’s Market were among the businesses tagged in the spree.