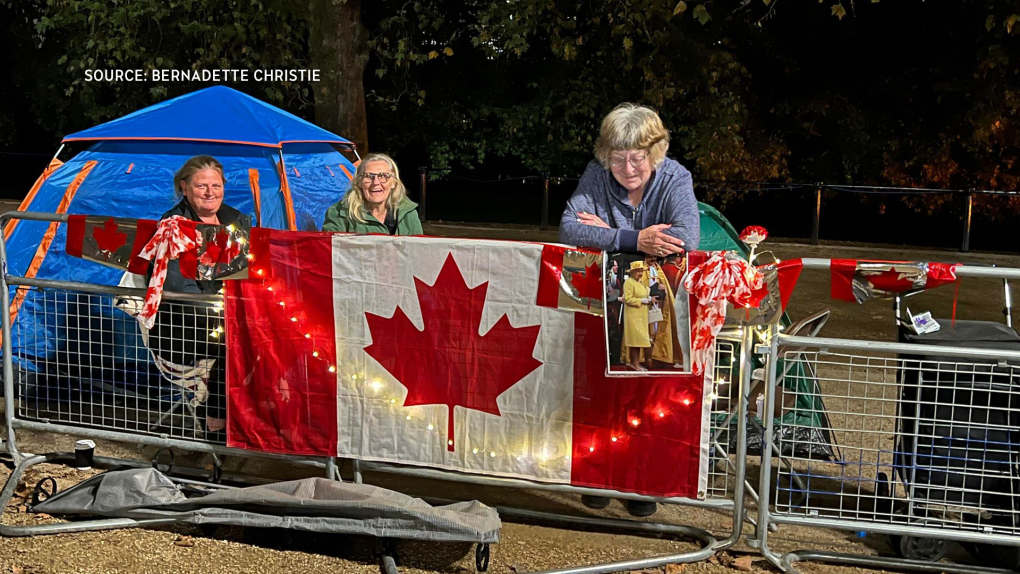 Outside Buckingham Palace, a handful of keen watchers, including a Grande Prairie woman, have set up camp throughout the week to have a front-row seat for the Queen's funeral.

Royal Family enthusiast Bernadette Christie, 68, flew out to London on Wednesday to pay her respects to the late Queen Elizabeth II.

On Friday morning, Christie had the opportunity to walk through Westminster Hall, where Her Majesty's coffin is lying in state.

"I just cried the whole time," Christie told CTV News Edmonton. "She's been a part of my life for so many years."

"What I liked about it (though) was that everyone got their little moment to curtsey, bow, or salute."

Christie estimates she's seen the royals at least 10 times in her life, including seeing Princess Diana and shaking then Prince Charles' hand during their Edmonton visit in 1983, being in the crowd during Prince William and Princess Kate Middleton, and two of Queen Elizabeth's jubilees.

Growing up in England, Christie says she remembers always seeing the royals at important occasions.

"It was very important in our family," she recalled. "I love history, and I love that the royals keep doing the same thing year in and year out." 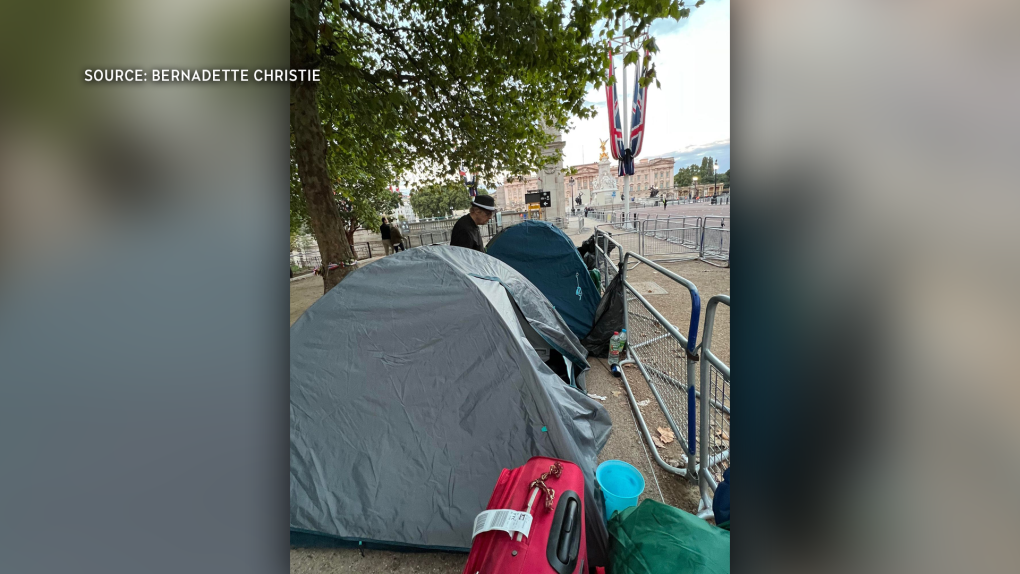 Ever since she arrived in the U.K., Christie has pitched a tent and camped out in front of the palace. Every night she strikes her tent after 11 p.m. and must take it down before 7 a.m. Then she watches.

"I got a front row seat on Monday when (the Queen's) coffin passed us," Christie said.

For her, the Queen represented a lasting legacy of service and dedication.

"She's kind of been with me and our country our whole life and she's done such an amazing job for us all," Christie said. "For sticking to commitment and her promises of trying to make the world a better place, I very much admire that about her."